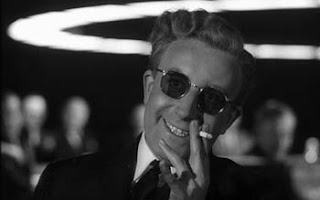 Been a lot happening the past few days, and seeing as how we quit RK and moved into full-blown Piracy in that time, I forgotted to post the results of our Corp Frig Tourney.  Pardon.


First round was Monty vs. Angor.  Rifter and Punisher.  The Punisher proved to be slightly better than the Rifter.  And I have no idea how that Legion got on the km.


Then Lex faced off against Itsme, Kestrel vs. Super Active tanked Merlin.  All our hopes were dashed when Lex's Kestrel of Infinite Justice was quickly dispatched.


Then it was my turn. Suddenly I realized that I had no access to any of my 500 saved fits!  I didn't panic, but I was robbed of the fits I wanted.  Instead I fit up a trusty Merlin with a Tracking Disrupter.  Cyber's Rifter and my Merlin tangled for a long time, but in the end his ship was simply faster and able to run out for awhile to heal.


Angor was up again and this time Ash managed to punish his Punisher.


iLoveFallout was a late entry, so he went up against Ash.  Rifter vs. Rifter and the new guy won, rather handily I might add.  Can't seem to locate that kill.  Although I did find this one, which makes no sense.  Indeed, this whole report could be bullocks.


All that really matters is it came down to Cyber's Rifter and itsMe's Merlin and itsme won the day.


In this round we all got into T1 Frigates again and warped to Cyber when he told us he was ready.  He was sitting and waiting for us in his Armaggedon and our task was to bring him down.  That was easier said than done and he started popping our frigates left and right.  Eventually it became obvious that tactic wasn't going to work, so many of us re-shipped into bigger ships to make him pay.  Despite not being able to re-ship due to a phone call, I was happy to see my little Rifter managed to come in third on the damage total.


For exceeding the expected damage I was awarded 100k rounds of Republic Fleet EMP M!  WoOt.  I want have to buy those again any time soon.


Part Three: Station Bingo!
This one is funny.  We all got into Noob ships and warped again to Cyber, who was in something or other, it doesn't matter.  We all shot at him to make sure we had GCC and then aligned to station.  On the count of three we all warped to station.  At this point it was a free-for-all, anything went, but the idea was to see who would be the last ship killed by the station guns.  It wasn't me I can tell you that, my little Ibis exploded third or fourth I don't remember.

Sadly I was awarded an ice cold female corpse for that effort!  lol.


Many, many thanks go out to Cyber and Lex for putting this event together.  Well done guys, I think everyone had a blast, despite the hit my killboard took from it.  Hopefully we can put together more of these types of things in the future.


Eve might be serious business but that doesn't mean you can't have fun playing.