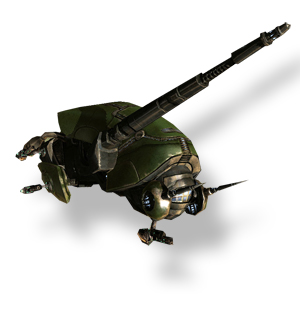 Notice how I failed on the ship shadow?

Because of my limited play time lately I've been spending most of my in-game time roaming around by myself. This is actually good for me and I'm enjoying it. My history is primarily fleet and small gang, and while I have had success as a solo pilot from time to time, it has never been my strength.

So this play time drought I'm in has actually helped that. The Tuskers aren't extremely active when I'm on, so I don't feel bad sneaking around by myself. Plus, who cares anyway, we're all about flying solo most of the time anyway.

How do I pick the ship I'm going to go flying around in? It is totally random, instinct and based on which ship seems to have the most dust on it. In other words, I just pick one. This week alone has seen me in a Drake, a Myrmidon, a Thorax, a Daredevil, a Stabber Fleet Issue, a Sac, a Malediction, an Enyo, an Ishkur and a Manticore. Maybe something else. Dunno, I don't keep notes. Mostly my solo roams break down into the following pattern, empty, empty, HUGE GANG, empty, empty, maybe something no they ran away, empty, empty. People run from the weirdest stuff. I was out in my shiny Vengeance ( oh, see? that was the other ship! ) the other day and I actually found an Armaggedon ratting in a belt! I know, I had the same reaction. He ran from me! Ok, fair enough, he probably thought who in their right mind would try to solo a Arm in a Veng without backup? Rixx!! WoOt.

And then there was this noobie Incursus. I was in my blaster Daredevil and this <1 year old dood was in an Incursus. We were mostly alone in system, so I started hunting him. Oh yeah, he was ratting. This seemed like it would be an easy kill. Before I go on, and then eventually get around to the point of this post, a few words about my DD fit. I have two DD's fit up, a blaster one and a rail one. I had picked the blaster one without a thought, just 'cause. This would be my undoing. I love the DD more than it loves me. So me, blasters, web, scram, AB, slight armor w/rep, fit.

I knew I'd have a hard time catching the Incursus. My DD doesn't lock exceptionally fast and I have to get into close range with a short point and web combo. So what do you do? You guess alot. I had no idea at what range he was going to be, so my first time landing in the belt he was over 100 clicks from me. Sadface. I picked a celi behind him and quickly warped away. Turn around, check dscan and warp back at range. Meanwhile, he pulled range to the belt himself, so I landed 50 clicks from him. Grrr.

Long story short, he got away. I tried one more trick. I said, "Fly safe" in local and then left the system. Jumped thru a gate then re-approached. Counted to twenty and then jumped back and immediately warped back to the belt. "I knew you'd try that" he said in local. Ah ha. A smart noobie person. Drat.

Any other ship and that rotten noob Incursus skull would be hanging in my Captain's Quarters right now. But you see? That is the luck of the draw. You pick something to fly based on ZERO knowledge of what you might find along the way. You have no idea what is out there, waiting to be engaged.

So all this talk you hear about which ship you should use to attack which ship is usually, totally, insanely bogus! Period. Since when am I going to be seven jumps from home and run into that Arm ratting in a belt and go, "Hmm, I should go get my Typhoon to properly attack this fella. Hope he waits for me!" It ain't gonna happen. You have two choices, attack anyway or move along to the next system.

It rarely happens, almost never ever happens, that you just happen to be in the perfect ship to attack the perfect counterpart. Unless you guys have worked this out beforehand, it just ain't gonna happen much. Oh sure, it does. But waiting for the perfect opportunity is extremely limiting.

And then you won't have cool stories to tell. And you'll be very sad.