Pirating on a Budget 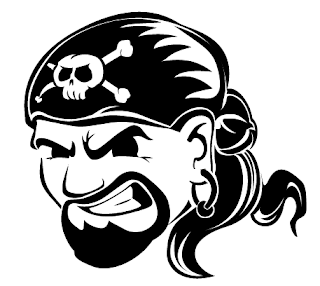 There seems to be a common thread that states those of us that choose the fighting/pirate lifestyle must be super rich. Filthy stinking rich. We must be buying ISK or somehow filling our coffers with ill-gained ISK somehow.

You might be surprised to learn that during the last three years I have operated on a monthly budget. It isn't a hard and fast budget, but it is an established monthly general budget that I force myself to live within.

I'll even share with you what that budget is. It is 500m ISK a month. Or about 16m ISK a day. Which is next to nothing really and would take some ratting, looting or plexing to make.

The heart of making this work is Asset Risk Management. I'll explain. Imagine 100 ships sitting in your hanger. Each ship is a valuable asset and each is worth a set amount of ISK. I use this example because, on average, I usually have about 100 ships in my hanger. From a T3 that might be worth 1.5b down to a Condor worth maybe 10m or so, depending on fits.  Now remember, these assets have been acquired over a period of five years. ( Mostly over a period of three years tbh, the transition between Null Soldier and Low Sec Pirate left me with little in the way of transferable assets.)

Asset Risk Management means that I risk the lesser valued assets more often than I do the higher value assets. For example, I don't often fly my Tengu because it is a valuable asset. ( I do fly it by the way, just not always on dangerous or potentially lethal operations.) That is why that Tengu is over two years old. But I burn through T1 Frigates for example.

The other day I lost an Abaddon to a hot-drop. That particular BS was close to four years old. I just don't fly BS very often any more and when I do it isn't usually an Abaddon. I tend towards Typhoon, Tempest, Domi, things like that. But I've probably gotten dozens of kills with that Abaddon over the years, so it more than paid for itself.

It isn't about managing losses. It is about managing assets over time. I can often lose way more than 500m in a month, sometimes much less, but I try not to spend more than that amount in any given month. This way, replacement of assets can be spread out over many, many months.

Looting plays a huge part in making this work. Every explosion results in some material goods being dropped. These are used to mitigate monthly expenses, not increase them. So in a good month the actual budget can drop considerably. If the Loot Fairy is especially good to me and I catch a couple of haulers, I may actually end up with more than the 500m budget, just in loot. This has only happened twice, usually I make between 100-200m a month in loot drops. Which is not bad at all. ( That doesn't count picking up my own loot when I explode, which you can sometimes do. )

Now I admit I am a unique case in many ways. My ISK comes from providing a valuable service to the Eve Community with my art work. So I don't have to rat, or plex or whatever. But I still have to live within my means. Or I would run out of ISK and ships rather quickly.

So what happens when the budget starts to get dangerously close to running out for the month? Then I don't play as much, or I fly cheaper ships, or I don't replace that lost Hookbill right away. Or I skip the monthly shopping trip to Jita and live off what I already have.

No matter what your budget might be, 20m or 20b a month, thinking about it in terms of Asset Risk Management is important. In my opinion. Especially for us Pirates.

Anyway, that's how I do it.


PS: I will add this in regards to Faction mods. I also operate under a self-imposed rule regarding fitting faction mods to my own ships. I try to only fit expensive faction mods that I have gained from looting. So most of what I use I got for "free". This isn't a hard and fast rule, I will sometimes purchase a Faction prop mod or two. But mostly I have managed to live within that rule. It helps.