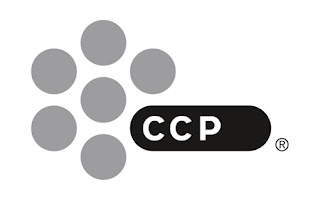 Ten years is a long time. It is after all an entire decade. Eve is older than three of my own children. Something happens to things that live long, many things along the way. They tend to grow up. Or die.

And this causes me to wonder if we aren't already in the throes of a major paradigm shift when it comes to Eve and CCP. One that began with the Summer of Discontent ( Incarna ) and which reached its final fruition at the recent Fanfest Anniversary celebration - but which won't be completed until Odyssey is launched in a few weeks.

If Incarna was a tantrum, a child screaming he wanted to go "that way!" and the rest of us yelling for him to go "this way!", then the resultant fall-out from that self-awareness has been locked down for the past two years. Hasn't it? I think even the most bitter original adopters and vets would have to admit that the preceding years have seen unprecedented fundamental course-correction and accelerated growth from our cherished franchise. It certainly has been incredible to watch. And to experience.

A certain maturity has settled in. The "look at this!" wonder of childhood, the endless trials, tests, and un-finished paths have been replaced by "balance" and "integration". More and more features are dependent on more and more features, the recent decisions regarding DUST and POS fuel are only one example of this trend. No longer does Faction War exist in its own bubble off to the side of the field, it is now an integral part of the whole. And the list of these tied together features is growing larger and longer.

Visually the universe is more coherent than ever before. Lines connect actual stars to actual paths in space. The new Gates will grab our ships and hurl then to new systems without a loading bar ( hopefully ), and ships, stations, gates, drones, are all looking better and better every day. Space is beautiful. Just look at an old screen shot, it looks really old now.

Eve has grown up. And despite our worries and our fears, I think it has matured nicely. And in ways that none of us could have predicted with certainty. As a teenager, Eve still has far to go to reach adulthood. Eve isn't perfect. And CCP will continue to make mistakes or travel down the wrong path from time to time. But I think the days of drastic, scary change are behind us. It seems that CCP knows exactly where Eve is going now and is comfortable with that direction. Certainly DUST has helped divert some of that youthful energy away from Eve, and that is not a bad thing. Eve doesn't need that kind of growth anymore. Eve needs serious attention and a mature understanding of where it is going and what it wants to do when it gets there.

I have to give everyone at CCP due props for making it this far and for not giving up on Eve or on us, the Eve community. Goodness knows we are all a serious pain in the ass sometimes. We demand things with a passion that can be annoying, but we do so simply out of love. We've always imagined Eve as a strong-willed, powerfully independent grown up with a family of her own someday. And like good parents, both real and surrogate, we will do whatever we can to see her achieve her own goals.

These years can be tough. The other kids can be ruthless and unforgiving. Eve will have to find her own place and defend it. But I think she has the tools now, she is smarter, stronger and more beautiful than ever. And both CCP and her surrogate parents, the Eve community itself, will be there if she needs us.

It isn't a Paradigm Shift as much as it is the natural path of growth. And I for one can't wait to see what surprises she has in store for us this next decade.

Welcome to the teen years Eve. Big changes are ahead. You may even kiss a boy!