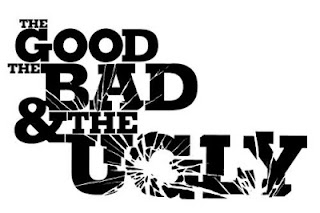 A few select fights from the past week or so. Remember kids, Player Versus Player combat is dangerous and can lead to explosions! No kidding.


The Good - Kestrel vs. Megathron
So much of Eve is about being in the right/wrong place at the right/wrong time. Yesterday I lazily warp to a spot above the Jov gate and lo and behold this Megathron arrives on the gate below me! I wait to see what he does and sure enough he jumps. I warp down and follow. He is just enough ahead of me to avoid my point and HE WARPS OFF TO A BELT! I kid you not. I probably should've just kilt him myself, but I am nothing if not a nice pirate, so I asked for some back-up from some Tuskers hanging around. While it turns out I could've killed him in my Kestrel, you never know that stuff up-front. Thanks for the assist guys. And thanks for not killing me after, that would've been a bad decision.

The Ugly - Daredevil vs Daredevil
While it is good to learn from your mistakes, I can honestly say I have no friggin' clue how this happened! My Daredevil rarely losses a fight, especially against another Daredevil, and one flown by a 2012 pilot ta boot. But sure enough, some combination of bad piloting on my part caused me to explode seconds before they did.

The Good - Kestrel/Breacher vs Hookbill and then Breacher vs Kestrel
Ah pirates, you just can't trust 'em! So Garphunkle comes down to Hev for some action and fun. I'm out running around in my Breacher and spot this HB on one of the Plex gates. I go in of course, but I ask for backup. Hookbill's can be tricky. We make short order of the HB and then, not unexpectedly, he turns his Kestrel on my Breacher! While this sounds a tad like treachery, I would've been disappointed if he hadn't tried it. Good fight.

The Bad - IN Slicer vs Cormmie
This fight should never have happened. While I am a world-class multi-tasker, even I have my limits. And I should know better. Even so, good fight and well done. I'd put my Slicer up against 100 Cormorants in a row and I'd win 99 of those fights.

The Good - Sentinel vs Coercer
I don't fly the Sentinel very often, it is after all borderline Falcon. But I did spot this Coercer the other day and wondered how it'd do. Laser boats are notoriously fragile when it comes to neuts. Just another example of taking the fight even when you know you might not win. He never even touched me with his lasers.

The Bad - Kestrel vs Brutix
Uh, those empty slots on your ship? Yeah, put something in there, anything!


Stay Frosty doesn't have its own killboard yet, but here is our Zkillboard.