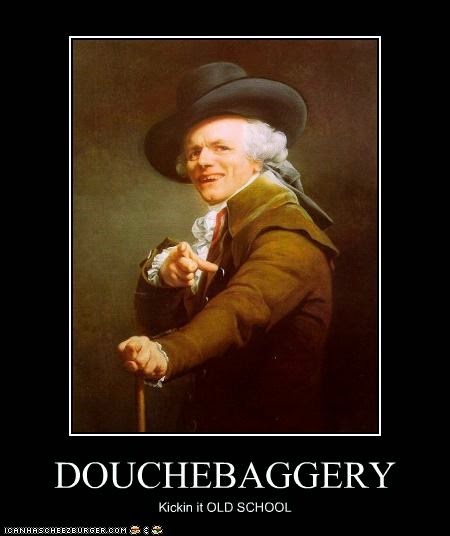 Back in the very early days when I was hanging out in Piekura up in Caldari space, I managed to piss off a rather large carebear corporation. At the time I had, maybe, 6m skill points total. Angor Mau, who co-founded Stay Frosty, was with me then. As was Master Selin, who also recently became a member of Stay Frosty.

Anyway. This Corp would station camp us with their Bahls and other expensive ships. Every day it was an endless parade of horrible local insults, threats, and... well you get the idea. It got so bad at one point that they hired an "expert PvPer" to come and destroy me. Our Corp at this time was essentially three people. So I blustered my way out of this mess and ran away. This expert PvPer followed me all the way down to Amarr space. We talked the entire time.

Eventually I undocked and got killed by him. He appreciated my attempt and we actually became decent enough friends after that. We ended up fighting together sometimes down in Providence later on.

This was about six months or so into Eve. Since then U'K, -A-, CVA, RK, Muppets, Goons, and countless other hordes have made those same promises. At one point or another. My first encounter with a impersonator was from -A-, someone over there created an account called "Rixx's Son" or something. He would park his ship in DG and flame local until someone came to kill him. That was the first. I didn't even have a blog back then.

That list is rather long at this point. But I always approach the creation of the next one with a sense of humor. It comes with the territory I suppose. A few have become more problematic. And a couple have entered "RL" territory. Over the past six years I've had to have three of them banned from Eve because they couldn't keep things in the "humor" category. In addition, one was so close of an impersonation that the account had to be removed from the game.

It isn't as funny when the person emails you and tells you he knows where you live. And is watching your house. The home where your four boys and your wife live.

I suppose I should just laugh when a new one pops up, huh?

"Imitation is, after all, the sincerest form." I hear you. I'd also ask that you consider what it is like to play a game for six years and constantly be the focus of such things. My sense of humor may be legendary, and I enjoy a good joke as much as the next person, but it does have its limits.

But I am a good sport. And I also realize that not one of these clowns has stopped me from playing Eve. In fact, all of them no longer play Eve. They get a kick from sharing the spotlight for a time I suppose. Of sucking some measure of the hard work and relentless dedication it has taken for me to get here. (Wherever the hell 'here' is exactly) They obviously have no talent themselves.

But the high ground always works. And I am always the bigger man. To prove it, here is a link to the latest (not the first, not even the third) parody blog of this blog. It is called Dramaganda. It isn't very original, it isn't even that good.

Frankly, I should start my own parody blog of this blog. I'd be much better at making fun of myself than anyone else.

But, then again, that is half of what I do here anyway.

Enjoy the sun shining on you. The best lies are the exposed.

Exclusive! During a Concord raid of Hevrice earlier today a creepy "shrine" was discovered. It appears the shrine was built in honor of one of New Eden's most notorious Pirates, Rixx Javix. Concord sources only made one photo available, but confirmed reports of boxes of Rixx Javix Action Figures strewn around the Captain's Quarters along with bits and pieces of Rixx corpses, point towards a darker motive. 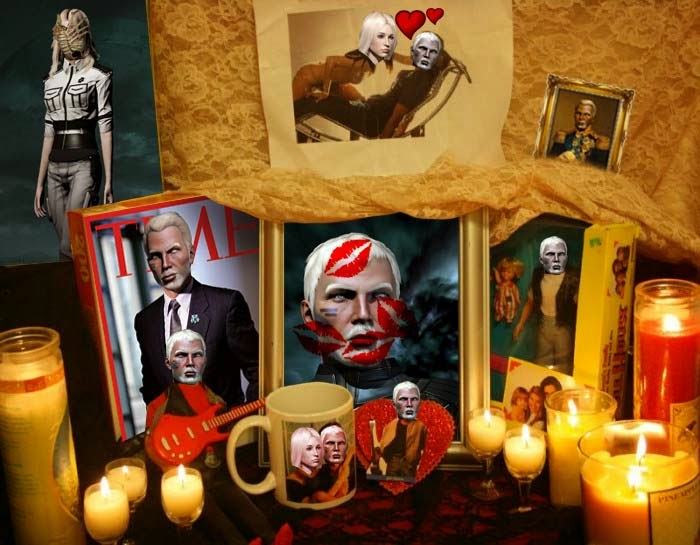 *The identity of the female in the photo remains under investigation.