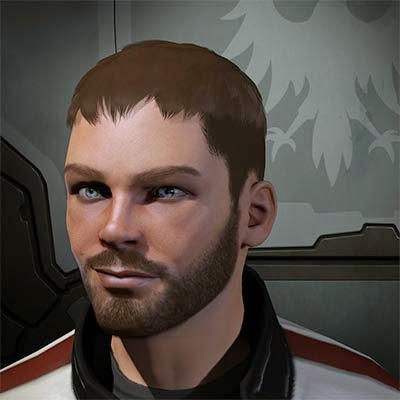 This post features Grimmash, a member of our Wormhole Corporation Supreme-Mathematics [MATH.] and a heck of a nice guy. And he isn't even an alt of anyone! (Just to dispel those rumors.)

• Tell us about your background in Eve

I started playing in something like 2006, got a catalyst, and was promptly killed by... something.  I was so frustrated I just stopped playing.  Fast forward to 2011, and I was getting rather bored with the MMOs I was playing, and decided to try Eve again.  I had read a few stories about the game, and gave it another go.  I've been mostly active since.  I started as a mission runner, went through a corps which all eventually folded due to leadership burning out having to do

I write a gaming blog, and have followed other bloggers for a few years.  I saw Rixx's post about expanding ABA with a wormhole corp.  I knew about the pirate aspect of the alliance, but the WH info was new to me.  I pestered the directors for a while, and here I am.

I've spent more time with my corp than the whole alliance, although I am trying to start chatting in alliance more.  In SM, I like how everyone is pretty chill, up for trying just about anything within reason, and that everyone tries to support each other.  Having been part of failed WH ventures and failed corps, it is nice to have a group of relaxed people who are into the game, into helping out, and also understanding of wife aggro and real life issues.  We have plans, and I think we have a good core group in SM to try and accomplish those plans in a relaxing environment.

I've more remembered a lot of things I have forgotten at this point, but every day in the hole brings new knowledge.  Right now I am learning a lot about infrastructure and the joys of POS living.  It's really not that bad, but it has a lot of quirks to sort out.  WH space is not like anything else in Eve.

Join groups and do stuff, even if you lose ships.  In fact, lose enough cheap ships that you get comfortable with assuming you are going to lose anything you buy.  If you have a decent group to play with and a lack of risk aversion Eve is a much more interesting game to play.  And when you leave the confines of HS space, you find a great combination of rewards and adrenaline, and you learn a lot more about the game.

I recently joined leadership in SM, and am trying to spearhead some industrial activities.  Aside from that I am trying to help some of the newer guys get the hang of things and plan out some doctrines for ships.  I know Stay Frosty would probably groan at he mention of doctrines, but WH space does have some challenges to overcome, and everyone seems onboard with getting some basic small gang comps in place to fry bigger fish and make more isk.  Outside that, I am try to get my website in a better shape and expand what I write about.  I’ve had fun doing propaganda posters in the past, and want to show off the beauty of New Eden a bit.

Just recently I was moving some goods out of the wormhole.  My corp mates sounded the all clear, and I jumped a hole right into a cloaked Legion and Proteus.  I was flying a Tayra, so you can imagine how that went.  But afterwards we had a nice chat about the fight, and they sent me a pic of the fight in progress.  Needless to say, I was more than happy with the experience.

I don’t mind dying and I learned a few things, and my killers were good sports.  The icing on the cake was they left me about half my loot, so all in all, it was a pretty fun experience.  The whole time my wife was chatting with me and had no idea what was going on until I told her I just got blown up.  Her expression was priceless.

His shameless ability to self promote ☺.  Seriously, I like his drive to create a welcoming place for players in Eve.  Providing players opportunities is one of the best uses of time in Eve, and Rixx has given us in SM a nice new home to explore the game.
(EDITOR: Did I mention how smart he obviously is?)

-ABA- isn't just about piracy! We have several vibrant and growing High-Sec Industry and Wormhole Corporations, and we've recently added even more to our growing roster! If there is an Alliance in Eve that has a place for you, it'll be A Band Apart. Join our in-game channels EVEOGANDA and/or The Frosty Hammer to learn more or just to talk. We don't bite our friends. Much.