For those of you unaware, the Fountain War Novelization Kickstarter began fund-raising earlier this week. The project is backed by CCP, The Mittani Media, and will be written by Jeff Edwards. Who, by all accounts, is a solid writer with a military background that should prove useful in the pursuit of this project.

As you all know I am a firm believer in the power of the Eve community and one of its biggest fans, supporters and instigators. As such I believe strongly that the Eve community as a whole will ultimately decide the fate of every project put in front of it. It is, in so many ways, the final judge and jury in every case. Personally I like that. It is very democratic, majority rules authority. Power derives from the people kind of stuff. So far be it for me to tell you if you should support this campaign with your own hard earned cash. I don't have a dog in this project. If a book gets written I will buy it and read it. It is going to be about Eve after all. And I love Eve.

I do worry that it might not succeed. And that its potential failure might have long-term consequences down the road for other possible projects. Projects that your friendly neighborhood blogger might have a hand in for example. (As an example, cough cough) There is a strong component of wanting it to succeed simply to keep the ball rolling on all the progress that has been made building bridges between CCP and the fan/player base. I would hate to see us all take a step back from that progress. It has been hard won.

It reminds me of something that happened to me once on set. I was just getting started in the world of television production. I was serving as an art director for a series of commercials for Campbell's Soup. There was close to a million dollars in production on the line for 4 commercials, so about 250k each. One of the senior art directors was complaining about the constraints he felt the budget was putting on him. He was used to much bigger budgets and he said something along the lines of, "250k is peanuts!" in an angry voice. The senior account person, who was much older and more experienced, looked at him sternly and said, "Never ever say that out loud again. 250k is someones ENTIRE HOUSE you idiot!" Or words to that effect. It was a lesson that I would carry with me my entire career. Money comes from somewhere. It belongs to someone. And no matter what, we have a certain responsibility to honor that knowledge.

And maybe it's because of my most recent experience with the generosity of the Eve community, perhaps that is tainting my view. But 150,000 is a big ask. And for such a big ask it seems, at least from the outside, that this project wasn't given the kind of planning and forethought that one might expect. Early mistakes were made with the rewards, which were quickly rectified. And, for such a big project, transparency seems to be an issue. Although after some back and forth last night on Twitter, it seems progress is finally being made on that front as well.

I've been watching and learning about Kickstarter for awhile now. It is a fickle beast. But crowd-funding is a powerful and exciting tool, especially for those of us with big ideas and shallow pockets. It has a heart that beats to a certain drummer, and I think it is important to understand that music if you are planning to play with the band. You don't want the band you're in to start playing different tunes. (I learned that from Dark Side of the Moon)

Ultimately the community will decide. As it should. There are those that are immediately against anything that has anything to do with "grrr goons" and I respect that. I'm no fan either. But this isn't about that to me. All I see is the future. A future with a novel written about real events that happened in our sandbox... or a future in which no such novel exists.

And despite the mistakes, despite the source, such a project seems worthy of due consideration. In the end I will leave you with a piece of sage Eve advice, "Only fly what you can afford to lose."

The question all of us have to ask is, what can we afford to lose?

PS: The Ancient Gaming Noob has a good post about this as well.
CCP community Editorial Eve Opinion 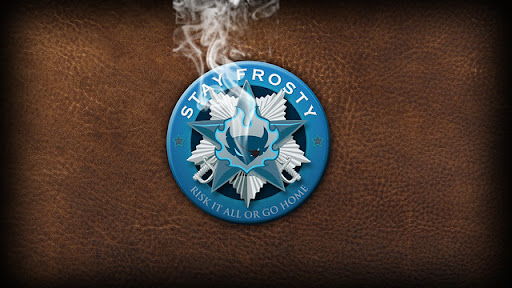