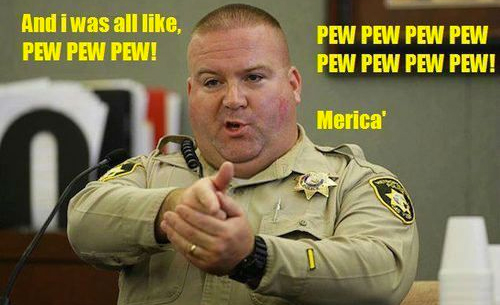 It has been a long time since I wrote one of these "day of" posts, so let's take a look at my day in space yesterday. The area around our home base has been extremely busy lately, of course, so its been feast or famine when it comes to finding good fights. This is both a great thing and a challenge depending on what resources are at hand at any given moment. When your pilots tend to be spread out all over New Eden forming up can be challenging. So often, we just stick to the basics and see what we can make happen.

The day before I ended up jumping into Santo and his band of smart-bombing gate camper cowards, so I'd lost a Rifter and my Pod. So I wanted to stick with cheaper ships now that my head candy had been cleared out for me. So I decided to grab another Rifter and see if I could encourage anyone to take me on.

I got very excited when I saw the lone Algos on scan. I had already tried seven other fights leading up to it and they had all turned tail and run off. Including a three man small gang that would have destroyed my t1 Frigate. So I was primed to try anything. I knew going in that the Algos would be a tough target and I'd most likely explode, but nothing ventured nothing gained. You never know going in to a fight what will happen, how the other guy is fit, or what their skill level is. At least I don't. I never bother to check. I just attack. So I OH'd my prop mod in anticipation of his drones, and dived right in. Luckily for me he turned out to be rather poorly fit and the fight didn't last long. The same could not be said of the Thrasher that showed up next. When fighting a Thrasher with a Rifter you need to make one of two assumptions in order to live. You need to guess if he is Artie or AC fit right up front without any prior knowledge. In this case I made the right guess. On approach he hit very, very hard and I was already into mid-armor by the time I manually got in under his guns. After that it was just a matter of managing incoming damage and staying alive long enough for help to arrive. Methea arrived in the knick of time, but the Thrasher would have exploded either way.

By this time a bunch of us in Frigates were swarming around and we detected a group of faction and t2 ships that might want a fight. In the back and forth that followed I got caught on a gate with a Vengeance and a Hookbill, so long Rifter. I will say that the Vengeance was in half-armor, so not bad for my plunky little t1 Frigate.

I re-shipped into a Comet but by the time I got back they had run off. We had a good fight with a small gang on a gate when we caught a Tristan, a Tormentor and a Comet. That was a good fight and we didn't lose anyone, so op success.

Sometimes I can be rather aggressive and get myself into trouble. I went for tackle on a Dragoon before the rest of our gang was in position and paid the price for it. Everyone else landed too late to help me, so I go boom. Which is what I deserved. The Dragoon died though.

And here is where things took a turn for the worse. I should have recognized this and docked up and stopped playing, but I had some extra time yesterday evening and I wanted to make the most of it. In the back of my head my brain is screaming at me, it has been a good day don't ruin it! When you've played Eve as long as I have you can sometimes tell when the universe is swinging around against you. Small things usually. A prop mod might not activate for some reason. A gate seems to take longer than usual to fire. A ship you'd normally toast stays alive longer than it should. Your Corp mates are landing later than usual. It's all small, insignificant stuff that can add up quickly. I have zero rational data to back these claims up, but I am 100% right about it.

Anyway, attacking a good player in an Algos with a Tristan isn't about bad luck. Its about stoopid. But I will say that my prop mod failed to activate. A sign.

Oh and I was out of fitted small ships, so I grabbed a Succubus that was laying around and undocked in it. Remember earlier when I used tons of pilot skill to get in under the Thrasher's guns in my Rifter? Well apparently I forgot all of that and derped myself right into the lasers of a Coercer. Its these kind of things that really sting. When you know you derped yourself and you could have done much better. When the outcome should have been different and yet you still lost your ship. I should have won that fight. But I didn't.

Ok back to cheap t1 Frigates. I grabbed one of Nix's Merlins off of contract and headed out. I made a few adjustments to the basic fit, decided on dual webs instead of the scram/web combo. A few systems over and I saw the Garmur on scan. Ok maybe normal people would see that and decide, y'know I should probably just move along. But not me. I saw that as a challenge. How cool would it be if I killed the Garmur with my Merlin? So I planned out my attack and set the tarp. I acted all stoopid and ended up pulling him into me on a novice gate. The Garmur landed right next to me! Perfect! Except... I kept smashing the WRONG HOT KEY!! And he pulled range, and the rest was a slow ballet of death. Argh.

Did I stop there? Of course not. I only stopped after my Atron died to a Tormentor it should have beaten easily. I finally got the message. I docked up and called it a night.

Good day though. I had a blast.