This page summarizes the player based uprising that happened between June and September of 2012 when it was discovered that recent V3 changes to ship skins included the removal of the Vagabond's distinctive "Frills or Wings". If I've missed anything, please feel free to let me know and I will include it in the timeline. Thanks.

June 25
I noticed the removal of the Frill and posted about it, "THE FRILL IS GONE, The Vagabond has been circumcised"

June 26
We announced a benefit concert for the return of the Frill!

June 27
I informed CCP via Twitter that I would not stop mocking them until they brought the Frill back. In support of that statement, I put a Frill around my Twitter avatar's neck. 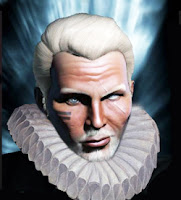 Quickly, other supporters requested that they also be "Frilled", and so the FRILL SEEKERS were born.

I also published a 1v1 EVE COMIC that mocked the change.

Due to my general loathing of the Eve Forums, my friend Swearte agreed to start a forum thread in support of the return. I admit that this process has changed my mind in regards to the forums... somewhat.

Support for the forum thread appeared in various blogs, on Reddit and elsewhere.


June 28
I wrote an impassioned plea, "Why You Should Care About the Vagabond"

I collected the FRILL SEEKER avatars as they were completed.


June 29
Seismic Stan announced his plans to hold an in-game protest aimed primarily in support of the Frill Seeker movement. The event was promoted on the Forums, in Blogs, Twitter and Reddit, etc. ThukkYou! FrillMe! was born.

July 2
I created a wallpaper and a story in support of the effort. The mock back-story involved the Jovians and Rixx's efforts to uncover the truth. In addition, several bloggers began writing parody song lyrics in support. (Need links!)

July 3
My good friend Richie at EON Magazine reached out and agreed to run a full page ad in support of the TYFM Event.

July 5
With the help of Stan and Roc, I created a TYFM Video in support of the upcoming event.

July 12
The promo video for TYFM is officially rejected by CCP for inclusion during the ATX. Can't blame them really.

July 14
A wrap up post regarding progress to date and the TYFM event the next day.

July 15
THUKK YOU! FRILL ME! Event! Over 200 pilots participated in shooting the memorial in Jita and then flying down to Thukker Mix's HQ to fire at their station. Stan wrote an excellent wrap-up post about the event.

The typical post-event slow down happens. We still talk about it on Twitter, but the momentum has left us. I continue to post the forum link and we almost 200 posts, but we are all asking ourselves, "What next?"

August 8
I decide it is time to up the ante a bit and write a strongly worded post regarding my frustrations in regards to CCP's lack of communication.

August 9
I announce the formation of the Vagabond Memorial Foundation 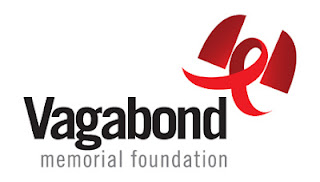 September 11
In a Dev Blog Post (detailed here on Eve News 24 ) it is revealed that the Frill will be returning to a newly designed and updated Vagabond in the Winter 2012 Expansion.

You can see the concept art here.

In addition, the Stabber hull is also getting an update.

December 4th
The Retribution Expansion will include the return of the "new" V3'd and fully FRILLED Vagabond, as well as re-designed Stabber and SFI Hulls!!

Congratulations to everyone that worked to make this happen and to CCP for listening to their fans. 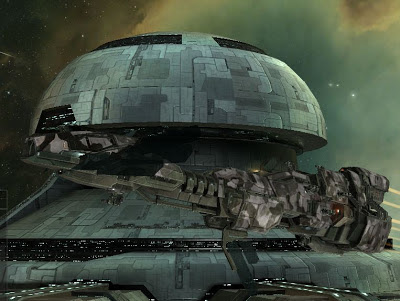 Shortly after downloading the expansion, I undocked my Vagabond ( which I named "Makalu" ) and took this screen shot of her in space. The Frill is Back!

A Note: I know this page makes it sound like a Rixx Javix centered effort, but nothing could be further from the truth. This was a team effort from the beginning and while I may have been the one beating the drums, it would have never worked had it not been for everyone's support, posting, linking, liking and spreading the word. So thank you all sincerely.

I will leave the comment section on this page open, so feel free to link any additional efforts not mentioned above in the comments.