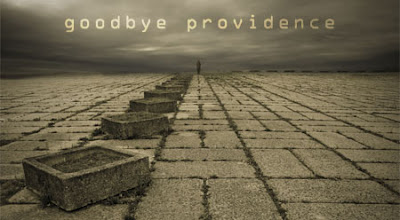 I have no special love for the region known as Providence.  Moving there nineteen months ago wasn't an action that I had any knowledge of, I was new in the game and the Corp I belonged to moved there.  I went with them.  That was the sum total of that decision.  In those nineteen months I've left, once for many months, and somehow always managed to return.  I'm not sure why exactly.  Was it the familiar people, my fellow pilots?  Was it the easy access to PvP?  Was it the clearly defined blue vs. red?  Was it the hours and hours spent defending something and wanting to help ensure its survival?  Or all of the above?

Whatever it was, the fact is, that chapter is closed now.  I've moved my assets to Empire and await the decisions that will follow.  But instead of talking about all of that, I thought I would talk instead about some of the things I enjoyed most about my stay in Providence.  Or some of my favorite moments.

•D-G Gate Camps.  Last Spring and Summer when I was finally starting to get my PvP legs under me, we went through a period of time when almost everyday brought a defensive gate camp to D-GTMI.  I know how this sounds now, but it couldn't have come at a better time for me as a pilot.  I learned a lot on those camps, chasing, de-cloaking, gate mechanics, bubbles of all different types, it was a crash course in game mechanics and the lessons I learned there have stayed with me.

•HED.  If you wanted a fight in Provi all you had to do was jump two jumps into HED.  The local reds would camp, we'd chase, play station games, wait on the Keberz, be chased back into D-G or F9-E and have a blast!  In those days I could undock, form a quick gang and be fighting reds in less than 30 minutes.  This was a unique situation that we were blessed with for a long time, I'm not sure many people realize just how lucky we were.  I did.

•Empire Access.  Having lived in Insmother I can tell you just how important easy access to Empire can be.  And while going back and forth to Empire always had its risks, it was safe enough to allow me to make a fortune bringing low volume high reward items from Empire to sell in Providence.  Eventually BIG ruined that market for me, but for almost six months I made twice weekly trips that made me billions in isk.  That was nice.

•People.  Oh sure, we had more than our fair share of schmucks, but we had more than enough good pilots as well.  The thing was that most of those around were at about the same level as the other people around.  And while that often frustrated the veteran players, it was a great environment for a young player to learn the ropes.  Most of those good pilots are still in my address book even today.  They're spread all over the universe but they're still good solid pilots.

I'll miss G Genetic, who we killed so often (four times in one day once) that it became a joke.  Sorry G if you're reading this, I'm sure you tried your best.  I'll miss FloridaJay stealing, lying and mostly being one of the coolest asshats I've known in the game, even though he doesn't own the character anymore. Wherever you are Jay I hope you die a horrible death. (He knows I kid.)  I won't miss that -A- basterd that used to smartbomb me in WD and SV5 in his battleship.  I won't miss CVA fleets, listening to the arrogant pricks talking about us like we weren't listening.  We were listening, and no one is happier about what has become of you than I am.  You reap what you sow.  I especially won't miss that CVA FC who asked for help 15j away and then rejected my fleet app because I hadn't brought the right ship, even though no one had bothered to tell anyone what the right ship was.  And yes, I know his name.  I'll miss the fun roaming gangs that used to spring up, the all drake gangs, the frigate gangs, the sb gangs, the panic fleets, and all the rest.  Fun times.  I won't miss the cloaky U'K fagabonds hanging out in systems all day long and refusing to fight.  I'll miss the sense of purpose in defending your own space.  I'll even miss the pre-dominion POS bashing way down in Catch and Immensea.  I'll miss the long roams, the WH drops into the other side of the universe, the stupid gate camp jokes, that 7 year old kid on vent, the dumb songs...

Yeah, I have good memories of Providence.  But this time, I don't think I'll be coming back.  And even if, somewhere down the road, my journey would bring me back around again - it won't be the same Providence.

You can think what you like about Providence before today.  Heck, I'd most likely agree with you.  I was no fan of many of the things going on there.  But for me, as a noob who grew into a player, Providence was more often than not - my home.
History Provi RJ