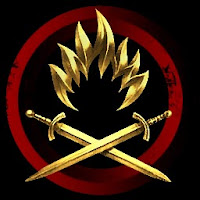 
It would be difficult to talk about Low Sec Corporations without starting with The Tuskers.  They were one of the first Pirate organizations I heard about when I started playing Eve almost three years ago, and they remain one of the most active, talked about Corporations in New Eden.


Many of my own Corporation's pilots are former Tusker pilots and our two organizations maintain close relations in-game to this day. In the spirit of openness, we fly together sometimes. Just this last Sunday I went on a three hour Tusker roam that I enjoyed tremendously. We also sometimes shoot at each other, although mainly in 1v1 situations. If I bothered to look up the stats, which I am not going to do, they probably have an edge in that category over me. That's because, when it comes to 1v1 frigate fights - it is hard to beat The Tuskers.


Their focus is on small gang fighting with an expressed focus on very small gang battles. A quick scroll down thru their killboard bears this out - 1, 2, 3, 4 man fights, I had to go several pages before I found a single 7 man fight. The Tuskers are best known, in my opinion anyway, for accepting and honoring 1v1 fights in local. If you see a Tusker in local and get a 1v1 accepted, you can be sure he will honor it. If nothing else is going on I will sometimes fly up towards Hevrice and see if I can get a 1v1 going with one of them. Lately I've mostly been losing those for some reason, but I'll get my swing back.


The Tuskers are not a training based Corporation, but there are few places better suited to learn the trade of small gang warfare. While other Corporations, like my own, cater to the more experienced pilot, The Tuskers would be a great choice for anyone looking to perfect their own skills with the guidance of extremely proficient, professional pilots. No matter your own current skill point range.


The Tuskers have been around for a long time because they like to keep things simple and uncomplicated. This is their strength. It also happens to be their weakness, if they can really be said to have one, which is simply their laid back attitude. Although I wouldn't want to see them riled up. And, after all, this is low sec and not Null. So who cares?


The Tuskers happen to have several blogs up and running which you can find thru this one, Flee on Sight.

More to come in this series.