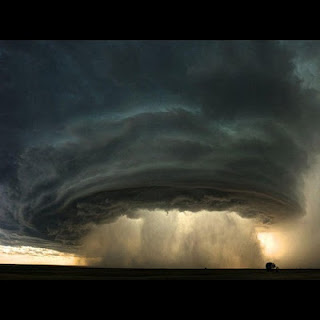 New Eden is a big place. An entire Universe of thousands of star systems, wormholes, nebula and whatnots scattered across lightyears of blackness. It's a very big space. In all senses of the word.

I've often written about large scale phenomenon and, as I was flying around yesterday, a specific example came to mind which I thought I'd share with you.

Imagine with me, that is all I ask of you gentle reader. Come along on this ride for a few minutes of your time and use your vaunted imaginations.

On or around December 4th, 2012, the exact time no one can know for sure, reports start trickling in from the Null border systems of the far North. Initially these reports are scoffed at, dis-regarded and made fun of.  But they persist. And over the course of the day, as more and more sightings filter thru the chat rooms, channels and twitter, a rather disturbing and unusual picture starts to develop.

At some point a massive unknown object appeared on the deep space probes of one Hulkien Rampart, a WH Explorer. At first he couldn't believe the returns he was getting, but soon found the courage to warp in on the object and take a screen shot. Hulkien was never heard from again, but his strangely blurry image quickly became an internet sensation. The Eve feeds were a-twitter at the image and speculation ran fast and furious.

It wasn't until a roving gang of Incursion runners was surprised by the massive gate fire that the reports gained credibility and new images started appearing. For no apparent reason, a singularly massive object - more than 7x as large as the largest Titan - was moving thru space.

The various Empires went on alert. Militias were called to duty. Increasing reports of gate fire soon began to lead to some ideas as to the object's - now called the Hulkien Object - trajectory. More and more ships plied the space-lanes in an attempt to see for themselves.

The Hulkien Object quickly became evident as some form of alien spacecraft of a design never before seen. It clearly wasn't Jovian or any other known race. It was unstoppable, locks simply didn't work. It moved slowly, but steadily South.

It took days to cross the oceans of space and systems between the North and South. Over that time period more than 35,000 pilots witnessed the event personally. Videos, screenshots, fan-fiction, poured across the Internet. Even real-world press, like CNN and the NY Times, paid attention and reported on the phenomenon. People who would never hear of a place called Eve, heard of a place called Eve.

We all watched the Live Feed CCP had been running since the Hulkien passed Amarr Prime. We all saw what happened next and it changed the way we all thought about our place in this amazing Universe.

None of us would ever be the same again. All of us will always remember where we were in New Eden on December 12th, 2012.