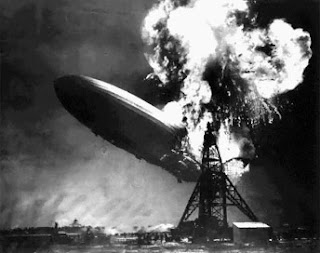 I fight a lot. Which means I die on average once every four fights. I'm working on improving that average, it has actually been much better lately, but you get the idea. I kill people but I also explode from time to time.

Usually when I explode it isn't always because the other pilot is better than me, although that certainly does happen. More often than not however, it is because I screwed up somehow. Made a mistake. And while I do try and learn from my mistakes, it is easier to say it than to do it in Eve. Eve is horribly complicated and every situation is so different... it can get extremely frustrating.

But that is a huge part of the challenge isn't it?

I've noticed that the mistakes tend to fall into some rather obvious categories. So here are a few of them, and my thoughts about why they happen.

Dictating range is one of the fundamental mantras of PvP. We often fit Webs to ships that really don't need a Web simply to be able to "dictate range". The sheer amount of variables involved in actually, really doing this in the heat of combat is mind-bottingly difficult. In most cases you have only a few precious seconds to determine and plan for your attack profile, based simply on experience and situational awareness. Ok, so what does that mean?

Yesterday I attacked a Harpy in my Slasher. This might be seen as extremely foolhardy on my part. But the other pilot was only a year or so old, was in a FW thingie and might not even have guns. I knew he probably did have guns, but that was simply a guess on my part. But which guns? Rails or blasters? Knowing the answer to that question was the difference between a kill and a loss. But I wouldn't know until the last possible second. So I loaded long-range ammo and decided to start out high. The only problem with that strategy? Sure I got lock and point, but I couldn't kill him from that range. So, disengage or fight on? I probably should have run. But instead I loaded up close range ammo and went in for the kill. That was a mistake. Although it was close.

It also doesn't help when you are planning on a higher range engagement and you land or they land right on top of you. Or they turn out to be much, much faster than you. Ain't Eve wonderful? ( it is btw!)

Picking the wrong ammo for your engagement can lead to bad side-effects. I know my ammo like the back of my hand, what each is good and bad for. Any decent pilot does. But that doesn't always matter a hill of beans in actual combat. Despite thinking the other guy is armor fit, he might just be shield fit after all. BOOM, ok guessed wrong again.

Or you could be killing a small ship with Javelin missiles and then a bigger ship lands, which if you would've had Rages loaded would've also died. So you miss a kill because you rarely have the time to re-load. Ten seconds is killer when you are toe-to-toe. This is also a place for a boo-boo, should I re-load or just continue being largely ineffective in this fight?

Proper ammo selection is a moment where lots of mistakes can happen.

Nothing is worse than losing your calm, reserved exterior when under pressure. Just because that one on one fight suddenly turns into twelve on one, is no reason to throw your hands up and make some bone-headed decisions. Decisions that can cost you your ship. But panic can often lead to bad decisions or loss of focus, and that can be terribly unfortunate for you.

This happened to me yesterday and I had a blast while using my cunning and superior knowledge to escape the blob. But this kind of calm under pressure has been hard won over the years. More often than not, I've made my own share of bone-headed panic decisions and lost ships that I shouldn't have. Stay calm, it is only a ship. And remember the most important thing about PvP in Eve, it is not always fair. In fact, most of the time it isn't.

This one isn't much of a problem anymore. Not with years of experience, game knowledge and the world's greatest pirate corporation on my side. I still enjoy experimenting with my fits and sometimes doing things just to see how they work. That is part of the joy of playing Eve. More than anything however, this is a real problem for my opponents. I really shouldn't be killing some of the people I end up killing, they should be better equipped to weather the storm. But they often are not. For which I am eternally grateful, but I'm trying to be helpful here.

Learn to properly fit your ship! Being a young player is no excuse. There are thousands of killboards out there just waiting for you to steal the best from the best. Find the good pilots and steal the fits from their losses. It is a cheesy yet effective way to at least get a leg up.

A bad fit will kill you every time. A good fit will give you a fighting chance.


There are more obviously, but my fingers are tired.