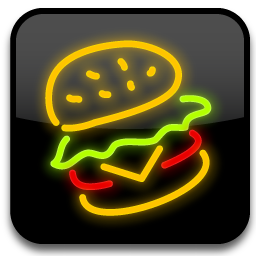 I had no time to play yesterday, but yet I managed to play a lot. I did this by logging in for short "micro-burst" play sessions throughout the day. Like a strange Fast Food version of Eve.

Sometimes - like the day before when I was sooooo bored I purposely derped my Catalyst into the face of a Hawk - this kind of play style works against me. But not yesterday.

I had logged off the day before in Lisb in my awesome, so-much-fun-it-should-be-criminal Sac. So I popped into space and hit the d-scan. Boom. A Sigil on scan. He was on station just sitting there, so I warped in and just missed him. So I chased him to the Gate and just missed him. As I turned to align to the Station - a poor Cormorant landed. And his pod too. Ok, I'll take it, but nothing to write home about.

I parked the Sac and went into Hev to pick up my new Wolf and go on a roam. When I undocked I picked up a Covetor on d-scan! Yep, sometimes, even in Hevrice ( Home of the Tuskers ), we get people actually trying to mine in the belts. I nailed him down and warped in right on top of him. The Covetor melted under my arties and his pod as well.

I then noticed a Catalyst on scan. He was in one of the Minor complex thingies, so I warped my Wolf over there knowing I couldn't catch him if he was already in there. But he 'might' still be sitting on the gate. He wasn't. So I needed a ship that could go in there and catch him. I docked up and grabbed one of my Merlins. Longer point flavor with Rails y'know. And sure enough, he was conveniently still in there. The Merlin performed perfectly and he was shortly under my guns and he melted rather quickly. So quickly I missed grabbing his pod. Oh well.

A quick little roam came up empty and eventually I went into Lisb to do some minor market stuff. Yes, even Rixx has to sell stuff - mostly lootz captured from those recent kills. As usual I undocked my Sac just to see if anything was on d-scan and sure enough there were lots of things on scan! About 6 or 7 ships of all sizes. I warped around trying to nail them down, but they were not in a playing mood. At one time I actually got caught on a gate with a bunch of them, but they ran away. A shame really, they probably coulda kilt me. I noticed a Itereon on scan at one of the stations, so I warped in and exploded him. I thought he must have been afk, but he did manage to warp his pod out. Sadly, no lootz.

Later on in the day I was back in the Wolf out roaming when I spotted some activity in Hev. A Manticore was ratting in the belt. Worth a shot. When I got there he had cloaked up and ran away, but he left his drones. I killed them. Which gave me GCC, which I didn't even notice until the gate guns shot me in Muet. So I was stuck in system for a bit.

An Atron came and went thru system. And then a few others, but mostly it was quiet. I figured as soon as my GCC was up I'd head home for the night. Then the Atron came back. We warped around each other a few times and then I decided to just wait in an obvious place. Sure enough he landed about 34k from me. I started burning for him and fully expected him to run. But he turned and started towards me, when he exploded. The angle combined with his sudden sig bloom with the MWD meant I pretty much one-shotted him. This time I let his pod go on principle.

I gave him kudos in local and we talked for a bit. Some advice was freely given. I'm always inclined to talk to those that show real ability and dedication to actually playing Eve.

I decided it was time to call it a night, but the Eve Gods were not finished with me yet. It is extremely rare to pop into my home system and find no one in local, but Hev was empty... except for one other dood. I warped to one of my perch spots and spied a Retriever in one of the belts! What a bookend to the day. Sure enough, warped in and kilt. And his pod too, just so he remembers just how dumb of an idea mining in my home system is.

I called this post "Solo Fast Food" because these kills are like fast food. They fill you up but they never really satisfy, full of empty calories and fat. Not a single "good fight" among them, no steak dinners. But taken together they amount to a rather decent day in Eve. Nothing that will be remembered for long, but something worthy of note.

I love steak dinners. But sometimes you need to grab something on the go.