The Good, The Bad and the Ugly 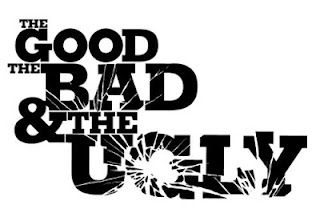 Eve giveth and Eve taketh away. The past week or so has been a relatively rough patch for your friendly neighborhood blogging Pirate. Ups and downs and some frowns. As always, only the truth from my perspective.

GOOD
Long-time readers may recognize Angor Mau from my Lucifer's Hammer days. He has started playing again and the other day we decided to take out two Corax and see what the ship could do. I'm still not convinced it is a great solo ship, but in tandem it can do extremely well.

BAD
One of the dangers of having so many ships in your hanger is keeping their fits up to date. I picked a Slasher to fight this guy in because that was what he was flying, but sadly I hadn't updated the fit since the FW explosion. He had. The fight went down to the wire but the last second explosion was mine. Keep your fits updated.

UGLY, UGLY
Yeah, remember that dude from the one above? I fought him three times and lost all three. Granted, I started fighting him because he was an applicant to the Tuskers ( since admitted btw ) and I wanted to test some new fits. I don't like the Executioner and wanted to test it out. My feelings about the ship confirmed I brought out the Condor, a ship that should never, ever lose to a Slasher imo. ( At least, I've never previously lost to one) And here is the lesson. Never, ever look away from the screen when preparing to engage. When we landed I thought he was 75k away, but he was actually 54k away. I looked away for a moment after I had set my approach vector. When I looked back he was on top of me. Duh.

GOOD, VERY GOOD
So I jump into Hev yesterday to the news that there is a Tengu and a friggin' Machariel missioning out in our space! A quick fleet is formed up and away we go. Now, I don't run missions, but I would think that a gang landing in one room on your boosting Tengu(?) would alert your bling-fitted Machariel in the OTHER room to run away. Not so apparently. We made quick work of the Tengu and had time for our own Mach to jump into the next room and point the Mach. Eve! You are such a fickle little bitch.

A side note, apparently my Mic wasn't working yesterday. The thing is, I didn't know this! I spent a lot of time talking and reporting intel... that no one heard. The worst moment was the Tengu kill. No one except me bookmarked the wreck. But when I reported that fact on Comms...well, no one seemed to care. lolz. Luckily, someone on the team managed to find the wreck anyway. Pro baby.

BAD
To this moment I have no idea how I lost this fight. I had fought the guy moments earlier in Jov and had pwned, so much so that he used his ecm drones to escape. For some reason he decided to come back and fight me again, so kudos to him for that! Apparently he knew something I didn't.

UGLY, UGLY
I don't know how you fly, but when a fellow Tusker says warp to a belt I warp to the belt. I had just undocked in my Caracal to test out the new fit, when someone said warp to belt on Comms. The belt wasn't even on d-scan so I had no idea what I was jumping into. It isn't every day you see a Geddon and a Prophecy in a belt in Hevrice. And btw, the test on the Caracal went extremely well. I'm liking that ship now.

GOOD
I always appreciate those that stand and fight. So this pilot deserves all the credit in the world for standing up and fighting. It was a good fight and I spent a good fifteen or twenty minutes afterwards trying to help and answer questions. Well done.


Considering I had very little play-time during the past week or so, this isn't as horrible a run as it started out to be. Anyone who has played Eve for anytime understands how fickle she can be, and no one more so than me.