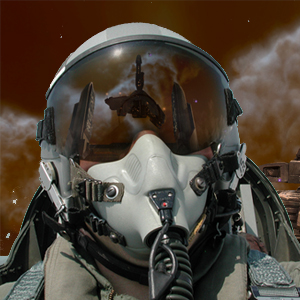 The following is my own opinion and does not reflect the opinion of others. Nor does it diminish, enhance, detract or otherwise take away from the validity of how other people play Eve. I fully support the rights of individuals to play Eve any way they so choose. In fact, I encourage it.

I play Eve my own way. I always have. I make no excuses for it. The way I play has evolved over the last four plus years but some things have always remained the same. I like to have fun. And when I say "fun", what I really mean is danger. For in danger, I find excitement, adventure, and ultimately FUN.

The definition of how that happens has obviously changed over the years as my own abilities have changed. A week after I started playing Eve I was bored out of my mind in Hi-Sec, so I joined a Corporation that was headed to Null Space. A week old. I did that because it sounded like more fun.

Oh yes, I died a lot. But it didn't matter back then. I was learning and I was young. I became as good of a pilot as I could. I flew ships I shouldn't have flown. I did everything I tell young players not to do!! I took crazy risks and paid the price for them over and over again. The only thing I was good at back then was what we called Hero Tackle.

Hero Tackle is really a meat shield. Some idiot in a ship that flies ahead of the main fleet and grabs point on a target that will most likely kill him, so that the rest of the fleet has time to arrive and kill it. I lost 26 Crows that way. I know this because I number my Crows and #27 is sitting in my hanger right now. God knows how many Taranis I lost, I didn't number those.

I was a good Hero Tackle. I mastered the art. I could pull a cloaking Stealth Bomber off a gate lickety-split.

And then I started moving to wherever the danger was greatest. I sought out places of conflict and went there. Mostly in Providence. Over and over again. Why? Because that was where the action was.

I mention all of this as a prelude to the way I play the role of being a scum-sucking Pirate. "Fun" has always been a bit of a misnomer when I write about it here on the blog. It can often be mis-understood. Fun for me is defined as being excellent at your chosen profession and not giving two-cents how anyone else feels about how you do that. But for me, I have to be comfortable in how I approach the game. It has to make some sense to me. It is one of the main reasons I joined the Tuskers after my own Corp died. The Code. The code helps make sense of things.

My play-style has also evolved because I am limited technologically. I'm on a Mac. So I could never really get the hang of dual-boxing. Mostly because it was impossible for so long. So I don't dual-box. Again, this isn't because of any ethical superiority on my part, far from it. But because it isn't an option it has developed into a choice I made.

Same with booster alts. I don't have one. My only alt, a transportation alt I created about three years ago, is now on my main account and doesn't even train. I made that decision earlier this year when I was unemployed.

This is the way I have chosen to play the game. So every victory is mine. And every loss is on me.

( And don't think for a minute that I won't drop a Cyno on your sorry ass! I don't mean that. And when I am in a gang or fleet you can be damn sure I use all the tricks at my disposal. I'm not an idiot, this isn't some kind of stupid Holy Crusade! I'm a Pirate )

Because of these choices I'll probably never be highly ranked on BC. That isn't really even a goal of mine. My goal is to be excellent at my job. And my job is being a Pirate. But reaching the 5k mark on BC does make me happy. Because I worked hard to get there. And I am fully aware of the problems with BC Rankings, I'm not an idiot. But those are other people's problems, not mine. I can take pride in knowing I did a good job.

I choose to fly pure. I choose to engage and fight. I choose to manage my meager bank by selling loot as my only source of income. ( And commissions of course, but that's out of game ) I'm never going to be the best Pirate in Eve. I'm not even trying to do that. But I will be the best pilot that I can be.

And maybe, just maybe, that will mean something. It already does to me.