Stabbed Through The Heart 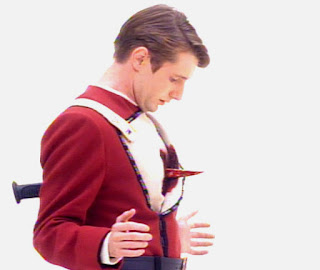 "Stabbed through the heart,
And you're to blame
Darling, you give Eve
A bad name.

A target's smile is what you sell
You promise me heaven and put me through hell.
Chains of Plexes got a hold on me
When scrams are a prison you can break free.

OH! You're a loaded gun ... yeah
OH! There's nowhere to run
No one can save me, the damage is done!

- "Stabbed Through the Heart" by FW Jovi, a popular Verge Vendor Station Band


I thought things had gotten bad a few weeks ago when I logged on to hear my Corp m8s asking for help to "de-cloak a Dramiel" in one of the plexes. A Dramiel? With a cloak?! There had to be some mistake.

But then it happened again with a Daredevil. And then with a Firetail. And then Vexors, Slashers, Tristans, you name it and we've seen them with cloaks, stabs, you name it. It is enough to make a person weep from sadness.

I never thought I would live long enough in Eve to witness a day when putting a cloak on a Dramiel or a Daredevil or a Firetail would actually make sense to someone. Oh sure, people have always fitted up dumb things and gotten caught in them. And we all have a good laugh at their expense, lol what was that dude thinking?! But this isn't that. This is a pandemic. This is a disease that is spreading like wild-fire in space. I swear, if one of these people touches me...

And then yesterday I found a Vexor in a plex. I docked up to get a Cruiser, since I do like fighting people with equal or under ships when possible ( which it isn't always! Sorry! ), so I picked a Caracal and went after him. The fight was unremarkable, he barely fought back and died pretty quickly. When I went to look at his fit... well guess what I found?  That's right ladies, not one, not two, not even three, but FOUR stabs!!

I'm beginning to think I've awoken in some type of Bizarro Universe where everything is the opposite of what it should be! What was his optimal? Two feet!? He'd be better off tossing his ammo at me out the window of his Vexor.  Even for a potentially young pilot a Vexor can be a lethal weapon, but this guy opted out of that and instead went for extreme protection. Which he didn't use? Granted, he may have been a bot, or AFK, or insane, or any number of other things. But he did launch his drones on me. So I'm confused.

I'm not trying to pick on one person. I'm trying to mock an entire segment of the Eve population!!!

What is wrong with you people? I totally understand not wanting to get killed, believe me. But there are much, much better ways to ensure that never happens. Its called d-scan. Its called being smart. Its called fighting. Heck, I die to FW Plexers! I really do. It happens. Just yesterday I landed right on top of a web fitted Incursus and lost my Kestrel. It happens. You can actually defend yourself without bringing dis-honor to your name.

Stabs and Cloaks are becoming so popular now that I actually have double scramed ships fitted. And more secret stuffs I won't tell you about. Don't get me wrong here, we are still going to find you and destroy your ships. You go Boom!

If cloaks and stabs aren't going to save you... then why do it?  Just like that Incursus pilot, the only thing that can save you is being smart and standing your ground. With your honor intact.

Or, for God's sake, use a cheap T1 ship and stop putting cloaks on proud ships like the Dramiel and Daredevil.