Shaking off the do-gooder dust 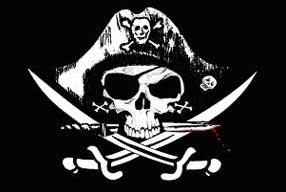 Ok, so I was a really nice guy there for a few weeks. The run-up to the DR was a busy time which just happened to coincide with a very busy RL time, so time to Yarr and be all ebil and nasty has been at a premium.

But no more gosh darn it. It is time to shake off the cobwebs and get back to the business of blowing up other ships, stealing assets and generally making life impossible for the working stiffs of Eve.

Or just being incredibly annoying. Sometimes that is all that is left to us. Take yesterday as an example. I'm cruising around in my Kestrel ( randomly selected btw ) and stumble on a dood running a Plex in another ship. You might find this hard to believe but I don't even remember what it was... let's say it was an Ishkur. It matters not. So this Ishkur is in there and I warp in of course. I shoot his face for a bit and then he warps off. Stabbed. But I warp after him and shoot his face a bit at the Sun. Warped off. So I shoot his face a bit at the Gate. Then once more at the Plex. By this time, even with me with no scram, he is into structure. But I grow bored of these games and go into the next system. But wait, he comes in as well. So I shoot him a bit at another plex and then he runs away for good.

I really wish that story had a better ending.

Just for you then... he EXPLODED! Yes, I kilt him dead without a scram on my Kestrel! That'll teach those stab-fitted fools a lesson.

Oh look, a Merlin on the Gate. This Merlin is -4.3, so close to being a target. I yellow box him and he yellow boxes me. I say, "Let's dance" in local. And then we have a long, boring conversation about Gate mechanics. Sigh. You have to shoot the -10 player first or else he goes boom! So I slowly align to the Sun and warp off.

Lo and behold he actually follows me! Kudos to you my friend.  As I'm finishing up the Merlin a Slasher arrives thinking it can take me down. So I start shooting it in the face as well. Sadly the Slasher is faster than me and manages to get away. Only to warp right into a Cynabal apparently.

My time running short I head back to Hevrice with my stuff nearly burnt out. A couple of neuts are in system so I warp to the Sun to see if anyone will come and play with my severely damaged Kestrel. They won't. They all leave. Except for Devas Weddo who comes out to play in a Merlin! Devas is learning the fine art of PvP and has been hanging around Hevrice for awhile looking for good fights. And, I must say, getting better and better every time we fight.

Except for that first Merlin. Mistakes were made and we talk about that for a bit, and she wants another go. At this point my Kessie is barely functioning. I could dock up and repair, but what fun would that be? So I decide to run the string and see how things go. Why not?

This time Devas does a much better job on approach and engagement. Sadly I am unable to keep my mods heated as long as I should and the fight gets really nasty. It is a race to the finish and... BOOM!
BOOM!!   We both explode!!

So how many licks does it take to get to the juicy center of my Kestrel? Five I guess.