Tusker Code Has Been Sullied 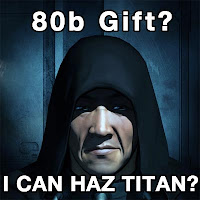 I recently posted the Tusker Code for a reason. My post yesterday entitled "Learning in Eve" was also posted for a reason.

I've been kicked from the Tuskers.

Which is a goddamn shame to be honest. I would have been perfectly happy to be a Tusker for the remainder of my Eve career. As any reader of this blog knows, I have enjoyed my year and a half in the Tuskers a lot. I've supported the Corporation in numerous ways. Created and ran the Tusker DeathRace and helped promote each of the FFA events. I'm proud of the attention those garnered, I hear the events were even mentioned during one of the presentations at Fanfest.

So how did this happen? What horrible thing did I do to deserve being kicked without warning? ( And before I go any further, it is totally the CEO's decision to kick someone or not kick someone. I totally respect that.)

So here is what happened.

As I've written about, Rixx has been having an issue with his video card and his computer lately. This is not an excuse and I think I've fixed it. However it did cause me to lose several ships that I probably shouldn't have lost. Two of those were Sacs. One fitted normally and according to the CEO's own suggested fit. And one fitted terribly according to Rixx's own derping on station fit. (The two vary only slightly tbh )

So I get a convo the other day from the Boss. Rixx your ammo choices suck and you are doing it wrong, please stop that. Ok, fair enough. I've been playing as long as he has, but he is the Boss. So he sends me some examples from my killboard and links a guide he wrote on the forums, which I've read before. Thing is, the guide is wrong in some key areas. So I point those out on the forum. Nicely I might add. This causes a bit of a row.

Nothing serious however. So, after some time, I convo the Boss to apologize. I haven't done anything wrong, but I'm man enough to take one for the team. During the course of my apology I am informed that this incident is my "last chance". I can't believe my ears, my last chance? At what? Turns out there is this list of terrible things I've done.

1. 2 Weeks without a Mic
After my business closed last year and I was without income I broke my mic. It's difficult moving 40 computers and servers around and it got broke. I explained this, but no one cared. Cause you gotta be on comms y'know. So, I went out and bought a new one. Even though I still didn't have any income at the time. Since then I've been on comms every time I log on. For over a year straight.

2. Broken 1v1
I've written about this one before. But certain elements in Shadow don't like me very much and accused me of breaking a 1v1. In point of fact it was they who broke the 1v1, but our illustrious CEO decided to believe reds and not one of his own members.
I will mention that since this incident I don't go into Lisb anymore or engage anyone in Shadow directly.

3. Ammo choices
Apparently my Sac fit causes so much consternation in my CEO that he just can't stand it. We've bumped heads over the fit before and it surfaced again recently. This is why I posted the "my terms" portion of the Tusker Code yesterday. It is my choice what to fly and given that the horribly fitted Sac is 313-5... I think I have a good reason to continue using it.

So those are my crimes.

I've broken the Tusker Code for my failure to "learn" and take advice. Uh huh. I bought a mic. I stopped banging heads with Shadow. I fixed my video card. I'm having great success with my horrible Sac fit, and often fly properly fitted ones. Where exactly am I not learning or taking advice here? ( To be honest, the Sac was only intended to anger Shadow in Lisb, so it served its purpose. I don't fly it very much anymore.)

My initial reaction was to avoid confrontation and drama. I'm not interested in Last Chances and I posted on the forums that I would be leaving the Tuskers on my own terms. Done.

Or so I thought. Turns out that wasn't good enough and the forum thread became a series of finger pointing and name calling. To which I had to respond. I tried to keep the high road, I respect my fellow pilots.

But there is a core group of L33T pilots in the Tuskers that can do whatever they want. They can talk about your special needs children (I have 4 boys, two of which have Autism), they can leave Tuskers and join other corps ( and still have forum access, etc.) and the list goes on and on. None of this is against the Code apparently.

So I decided to stay. I sent an email declaring that I'd stay on. Heck, I still had that Last Chance remember? Not so fast buddy. Without a word of warning I lost forum access then found my self in an NPC corp. I was kicked.

So much for Last Chances.


This has been coming. I knew it would happen. Ever since Suli took over as CEO the Tuskers have been bleeding members left and right. We've never seen eye to eye and despite me trying hard to keep a low profile, this was bound to happen eventually.

And when it did I was determined to stand up for what was right. No matter what.

I'm sure I'll be writing more about this in the coming days and weeks. But that is the story of how I got kicked from a Corp I didn't want to get kicked from for no good reason. 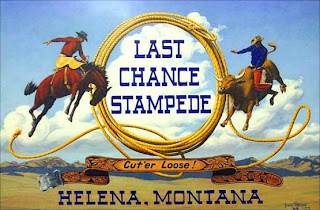