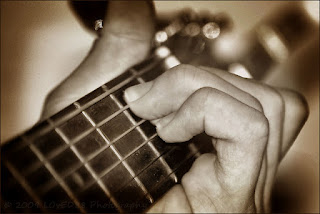 UPDATE: We have officially reached 30 members ( Alts are in another corp ) today. 28 are in and 2 are waiting in stasis!!

I may be on to something here. A week ago today I announced the OPEN recruitment for my new old school no-bull solo and small gang pirate corporation Stay Frosty and by the end of the day today, we should be very close to 30 members!

This morning someone on Twitter linked a forum post ( I apologize, but I've lost the link ) from this guy that quit Eve because it doesn't support the "solo" play-style.

I hear this kind of thing a lot. Eve demands things, its more like a second-job than a game, it's all about spreadsheets ( I've never, ever done an Eve spreadsheet btw! ) and blah blah it doesn't support a casual play-style. The truth is that Eve supports whatever play-style you want it to. That is the entire point of a sandbox. This coming from someone who has been on the dedicated, obsessive side of Eve many times. Some would argue I remain on that side. But I've learned over the years to better manage my own personal expectations when it comes to playing and enjoying Eve.

I believe that might just be the chord I've managed to strike. I can't be alone. There must be others out there that are not interested in having Eve dominate their lives, that want the option to choose to play Eve the way they want to play it. That want an environment that encourages them to play when they want, to be on comms when they want, to play when it is convenient for them and their lives, not when the leadership demands it.

This was my hope when I started Stay Frosty and it seems evident after seven days that I'm onto something. And that others are also looking for that kind of place in Eve.

I can't stress this enough. It is true. We really, really are like that.

And until Odyssey hits we are OPEN to anyone, from any background, from any level of experience ( except brand-new players and that is only because I don't think that would be fair to them ), that want to experience the personal satisfaction of solo and small gang pirating in a busy, "good fights" environment. That doesn't let the kill-board dictate how or what we fly. That revels in cheap frigs and fun. That doesn't force you to do anything you don't feel like doing. That doesn't care how often you can play or if your "on" a certain amount of time.

Starting to get the picture? Oh yeah, and we're Director driven. Eventually all members will have the opportunity to become Directors.  While I will always maintain final say, someone has to, believe me the last thing I want is for that to become my job. I believe staying out of the way is more important than anything.

I'm not trying to convince anyone. We are here and you are free to join anytime, or just come down our way to find a good fight. Whatever floats your boat.

But I think something special is happening and I think you might enjoy being a part of it.

In-game channel: EVEOGANDA
Our Horrible Killboard
Oh yeah and we have a forum and our own Mumble server now. lol.