Can a Tristan Take a Dramiel? 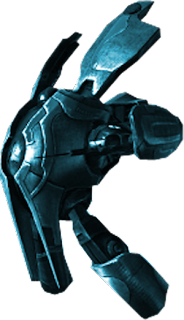 I get this question a lot in Eve. Someone wants to fly a Rifter, just as an example, so what ships should he attack in confidence? The answer is somewhere between all of them, and none of them.

It could be any ship. From the lowest Frigate to the biggest Battleship, there is no right answer. In fact, it all just kinda depends now don't it?

But let's take a step back and start from the beginning. A Tristan is a T1 Frigate that, when operated in the right hands, can do this to a Dramiel. (Despite the fact that the Dram pilot apparently decided fighting without ammo would be a good idea.) And in the next minute lose a fight to a Kestrel. ( Apologies to my good friend Joffy for using his fights as examples, but they did just happen and I don't think he'll mind.)

On paper, in a perfect world, a Dramiel should beat a Tristan. And the same Tristan should win against a rocket Kestrel. Generally speaking. Most of the time. But sadly, Eve is not a perfect world. And we don't fight on paper. We fight in space with its gazillion layers of complex variables that screw even the best laid plans.

There just ain't no figuring it.

In the absence of a "win" button then, what can the PvPer do? Luckily the answer is rather simple. While it is indeed true that there are no "right" answers, there are actually probabilities of success. Variables influence probability and increasing the variables on your side, weigh the outcome in your favor. Variables increased on the side of your enemy? Decrease your probability.

Let's take the first of those. A straight up Tristan Vs. Dramiel duel? Let's be generous and award the fight a 2-10, or 20%, chance of success on the part of the Tristan. In other words, not bloody likely. A few variables such as age, experience, fit, location and whatnot might increase that probability. The Dramiel was in a Large Plex and the Tristan landed right on top of him. That might, combined with the other variables, increase the odds to maybe 45%. Still not great, but better than 20%. Not loading ammo? Suddenly that increases the odds to 87%. Not much higher because the Dram is dual-prop and had a chance to leave the fight.

Now, the tricky bit. You are not going to be aware of some important variables BEFORE you engage. You can't ring the enemy up and ask questions before the fight. Things don't work like that. So kudos to Joffy for engaging when the best he could've hoped for was maybe a 45% chance of victory, or significantly less if someone had loaded ammo.

And yeah, of course I'm totally making these numbers up. Who knows what the real percentages are?  ( Someone might, I mean they are out there to be examined, I'm just not going to do it. Statistical analysis is not my thing, but I would be curious to read such a report. )

The thing is, low percentage/probability fights have the highest reward. You could fly around in a T1 Frigate exploding rookie ships all day, but where would that get you? You'd never have the satisfaction of taking down a Pirate Frig in your Tristan. Or solo'ing a Megathron in a Rifter. Or exploding a Tengu with a Comet.

GIven the right set of circumstances any combat ship in Eve can win versus any other combat ship in Eve. Depending on the variables involved, the odds might not be in your favor, but then again they might. And you just don't know it yet.

That's why the best PvPers don't ask what ships the Rifter can fight. They already know the answer, given the right circumstances, is all of them.

The trick, as always, is stacking the deck in your favor.