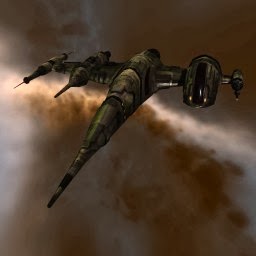 In the spirit of full disclosure I would like to freely admit to all the free ships that CCP has given me over the last five years.


Oh I remember. Earlier this year I got my choice of a single Pirate Rookie ship. CCP gave these out at Fanfest and, since I am poor and can't jet off to Iceland, they gave me one. I believe they did this to all the registered Fan-sites. I picked the Immolator because I liked the way it looked. I have it fitted in my hanger and I try to kill Ventures with it.

And once, about three years ago, CCP gave me a Zealot. This was in response to the one and only Petition I have ever won. My own Zealot was killed due to a freaky station incident down in Syndicate and it was returned to me shortly afterwards. I'm really not sure this counts, but I want to come clean.

And, just like everyone else, I get those year-end freebie ships and whatnots. I really appreciate those, so I hope this new round of rage doesn't ruin that tradition.

I was on the road yesterday tweeting and I may have mistakingly stated that CCP had given me free ships in support or response to the many live player events I've hosted over the years. I apologize if I was misconstrued or if I stated that fact in error. CCP has not done so. I have received many, many wonderful player gifts over the years in support of the events and CCP has certainly done a lot to support those events ( thank you! ) but handing out FREE ships hasn't been part of it.

Just to reiterate, when it comes to events everything I get in - goes back out. 100% in, 100% out. That has always been my policy and will continue to be as long as I am running events in-game. I have never once profited from an event. I know, I kick myself sometimes, but that's the way I do things.

Players do sometimes gift me ships by the way. And I appreciate all of the wonderful gifts that I have gotten over the years. Those that give know that I will fit them up, undock and fight with them. I am a ship collector that explodes his collection.


I will admit that I liked getting the Pirate Rookie ship from CCP. I also enjoy the free gifts at the end of every year. The non-combat ships I usually sell to buy more combat ships, but the idea is a great one. If I was fortunate enough to receive a free ship from CCP I would fit it up and undock it. If it was super special then I'd most likely create an event out of it and let you people shoot it in some creative way.

I love spaceships. It's what keeps me coming back to Eve. It is why I have over 100 fully fitted ships in my hanger ready to go at a moment's notice. It is why I must have the newest thing, why I bought a Tornado/Naga/Talos/Oracle the very first day and the same with every other new ship introduced. Even though the first day is the worstest day to buy new ships. I don't care, I gotta have one. To spin while I figured out how to fit it and then undock and see it in the glory of space.

If, somewhere along the line, someone at CCP had thought enough of me and my efforts in support of Eve to gift me a special ship - I would be honored. I would not expect them to announced the gift to the world and would expect them to allow me the opportunity to decide for myself how to proceed. Of course I would blog about it immediately. That is my nature.

I wouldn't be ashamed of getting such a gift. I would be proud of it. If it was a non-combat ship then I'd probably sell it, but more than likely I'd be fitting it up right now to undock and play with. That is also my nature.

I'm as quick to give CCP a hard time as anyone. Goodness knows. But I'm really struggling to find a wrong here. I freely admit that I don't get it. I'd much rather CCP give out special ships than ISK, or special favors, or gold ammo, or any of a dozen other horribly imagined possibilities. Wouldn't you?

I imagine every scandal in light of a simple litmus test - If you didn't know about it, would it still affect your game?

I just hope this hasn't ruined the free gift giving at the end of the year, for the rest of us. Cause I enjoyed that.