Hate What You Fear 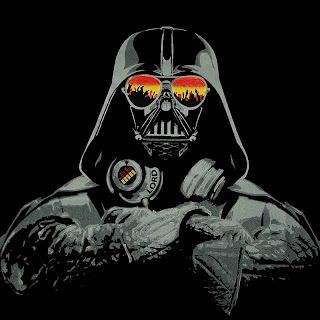 “People fear what they don't understand and hate what they can't conquer.”


Oh boy, is this ever true in Eve. In the great social experiment that is New Eden we see this unfold each and every day. As a student of group dynamics, mass exploitation and "propaganda" ( or advertising ) I am continually fascinated by my fellow pilots.

When they attack my blog and what I do here I can only smile, content in the knowledge that everything is working exactly as intended. Why is that? Because, people attack the thing they fear the most.

That is why, when I talk about other groups on this blog, I attack the opposite thing. Some small and insignificant portion, a mockable trait, a stupid, meaningless aspect. Not only is this funny, at least to me, it does nothing more than to confuse the Hell out of the other guy.

But their attacks on me, or on Stay Frosty, reveal their fears. And by revealing their fears they reveal more about themselves than they imagine. They reveal the underlying current, the basic truth that they so often try to hide behind big words, big blobs and superior attitudes of elitism. But their actions defy them and bring to light the true nature of things. For those observant enough to pay attention, your enemy is telling you everything you need to know.

Are they railing on you because you use ECM? Or because you hot-drop? Gate camp? Or blob? Ah, then those are the things that they fear most. Or are they demanding you stop blogging about them? Or mocking you in local? Are you starting the get the picture?

The trick is in having no fear.

Eve is, after all, just a game. And while it is easy to get caught up in the day-to-day bullshit of the game, it is after all, nothing to be upset about. Crossing that paradigm and landing in the land of understanding, is the key to long-term success in New Eden. It certainly was for me back in the early days. I struggled with it and nearly rage quit a few times, walked away, pounded my desk, railed at the moon. But slowly you come to the realization that the days continue to move forward, those that threatened or demanded have stopped playing and you are still here. Time moves on.

And while having no fear seems trite, it is the absolute key to your survival.

The phase is easy to identify, when it first comes over you the symptoms are easy to see. Suddenly you will start looking for "fun" ships to fly, something to "derp" yourself in. Because you just don't care. This is the very early stage. You will take risks you shouldn't take. You will lose ships you shouldn't lose. And the frustration of this phase will mount. You will suddenly hit a very large and formidable wall. This is your personal breaking point. You have been over-compensating. And you didn't even know it.

There are large ones and small ones. Big moments and tiny moments, but they all hit you hard. And what you do next will determine your future path within or without New Eden. Many will quit, many will take long breaks, many will be destroyed, and some will triumph and pass thru.

Fear of feeling fear. It makes us feel weak and scared. It is the mind killer. And most rail against it. Some will triumph over it and use it as their strength. And a few, like myself, will use it as a tool in a slightly larger context.

A man without fear cannot be defeated. An entire group of people without fear? Well now, that remains to be seen. But so far, so good.