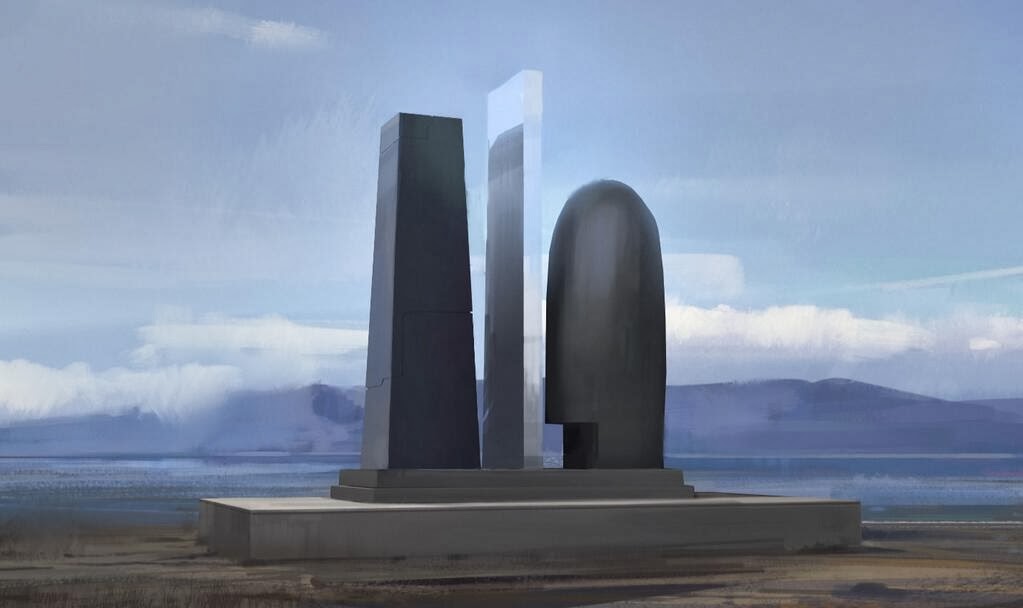 "What I'm driving at here is nothing short of a permanent massive memorial to the fallen in-game. Something that fits within the context of Eve, the universe, lore, and conventional mechanics."
- From Eve Memorial: Ring of Fire Project , Sept 2012

CCP outdid themselves with today's announced real world Eve Monument to be built in Iceland.

It would be foolish of me to take any credit for this bold decision. I would like to think that my constant beating of this particular drum had some effect, or at the very least sparked a process that led to this decision. But credit is not what I care about, I throw ideas out because they inspire me and I hope they help to make Eve a better place. Not for personal gain or acknowledgement.

Especially in this case. The realization is even beyond what I was striving for and what many of us joined in the cause for, which was simply an in-game memorial. No, this is far more impressive and encompassing of the Eve reality. A bridge between the players, the universe, and the birthplace itself.

I am overwhelmed. I cannot imagine another gaming company that would commit to something so real, so meaningful and so appropriate. Well done CCP. Well done.

I leave you with this.


No matter what, where or how it happened. I call this Op Success.

I can't wait to visit someday.