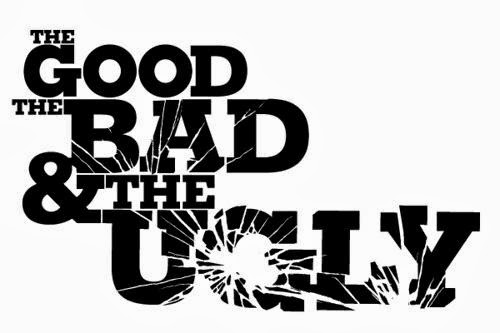 I can't go anywhere without my -10 red skull, or my name, following me and resulting in local emptying out or suddenly spiking. And while that level of attention does wear thin from time to time, it is generally something that I just accept as part of the game. There are both good and bad things associated with it.

But sometimes I run across someone in local totally oblivious to any of that. Someone willing to accuse me of the most horrific crimes, insult my lack of "solo" skills because there happens to be two more Stay Frosty pilots in local with me (even though I sat at the Sun for twenty minutes waiting) and generally not have a clue about who exactly he is talking to.

That was awesome. And much appreciated. It is nice to sometimes be just another anonymous face in the crowd. Thanks fellow anonymous dood. You made my day.

Morning Coffee Kill of the Day
A quick shout-out to Eranziel and Gumruk for making my morning coffee read of our killboard all that much better this morning. Nice catch guys.

The Ugly: Ashimmu Vs Corax
I don't fly the Ashimmu very often, but I do like to undock all my ships as often as possible. I had just undocked to wipe a Coercer off the undock, when Ian said in local that he was over by Planet 6. I landed about 87k from him and fully expected him to turn tail and run off, but he didn't. So total respect from me for having the courage to engage me. Even with three neuts, I did him to favor of not even turning them on and keeping range. Ciba locked him up at the last second to get on the kill.

The Bad: Astero Vs Coercer
I pick the fights for these posts mostly based on the story behind them. This one is the perfect example of how not to farm plex in Low Sec. First of all there are seven bad guys in local from the same corporation and only two other players in local, you are one of those two. Secondly, an Astero mysteriously appears in your plex, you get away, then the same Astero disappears from scan. Odds are, he is cloaked up in your plex! And even THREE WCS won't save you from his faction dual scram. Thus ends the lesson.

The Good: Incursus Vs Rifter
This was a good fight and exactly why I often fly around in T1 Frigates. Totally legit Rifter fit and kudos for him staying and fighting. We talked about this afterwards and I gave him some good advice, which basically boils down to not brawling an Incursus in a shield fit Rifter. Gotta keep range and mobility against a blaster ship. Good fight though.

The Bad: Incursus Vs Tristan and another Tristan
Remember what I said in the previous paragraph? Well, when you land on a gate with a Tristan and engage, just know that his buddy will probably also show up. And they are faster than you. And, while your Incursus will last a very long time (and you'll eventually even be able to slingshot one of them and catch them!), the end is predictable. You go boom.

The Good: Dominix Vs Stay Frosty
If you are planning on showing up in Hevrice with a solo Dominix anytime soon, I hope this kill doesn't change your mind. This is a perfect example of "home field advantage" at work and why fighting people on their own turf is so challenging. We were all in Frigates when we spotted him on scan, and while some went off to get tackle, I went and got one of my own Domis. He go boom.

What with the usual downtime after a huge event, the recent drama, and practicing for the upcoming NEO Tournament, my play-time has been somewhat limited so far this month. Not to mention all the stress, pressure and unemployment I'm dealing with out here in the real world. Although I did mention it. It's important to mention, even to those anonymous idiots in local, that we are all people with lives, family and friends. So chill out mad bro, it is only a game.