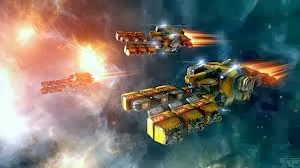 Awhile back I described the "Venture Mini-Game" built into Eve and how much fun I was having playing it.

I won't re-hash the points made in that post, except to mention that not only does the game continue, but it has picked up some interesting elements. One major component of the Mini-Game is now to see if I can eventually kill one of the mining frigates using one of each ship in Eve.

I have to believe I am getting closer every day to achieving this somewhat lofty goal, as I popped one this morning in my trusty Moa.

So I decided to do some digging and compile a list of ships I have used to pop a Venture, just to see where we stand up to this point. So here goes:

I'm pretty sure I'm missing a few, but that's a good start. I'm not "officially" going to keep track or anything, cause that would just be very, very silly. Mostly I mention it today because I couldn't think of anything else to write and I am very, very busy right now.

But the Venture Mini-Game continues. Please keep mining in low sec, not using your d-scan and forgetting that often you can just warp away.

Oh, I will mention that I stopped podding Ventures a couple of weeks ago. Just started to seem cruel and unusual.