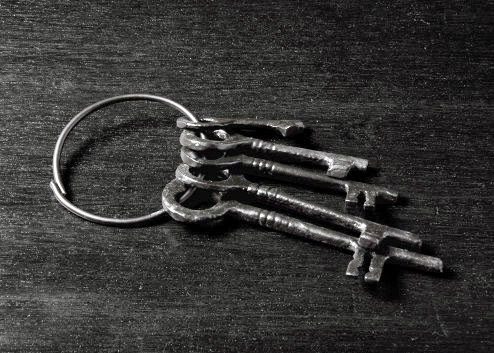 Everyone seems to have their own definition of what a Pirate in Eve is exactly. The details vary from one person to the next, but the truth remains the same - it doesn't matter. Why are we so hung up on definitions anyway? Can't we all just relax and enjoy playing a game for once?! Sheesh. Why does my opening paragraph have so many question marks in it??

Whatever you call yourself, pirate, freedom fighter, faction soldier, pizza eater, or some other combination of the above - the essential element is Low Sec and PvP. All the rest is semantics. Chew on that when the beef jerky runs out on your way home in your Pod. And so, one would think, you'd rather be decent at Low Sec and PvP. You'd rather come out on the positive side of things, rather than the horrible "I have no moar iskies!!" side. So here are five randomly generated keys to achieving those somewhat murky goals for whatever you call yourself.

MITIGATE EXPENDITURES
Oh sure, someone might say, "Only fly what you can afford to lose" but those people are idiots. Cause you can't afford to lose anything. You really can't. Every loss stings, hurts, is painful and will cause a hole to appear in your precious wallet. Admit it. Live with it. It sucks to lose a ship, the mods, the rigs, all your hopes and dreams. Gone. Boom. But Rixx? What are we supposed to do then, spin in station? Never undock?

The point isn't to be risk-adverse, the point is to be risk savvy. Be smart about your assets and apply them within the proper context. These are valuable things you own, even a T1 Rifter with T1 guns, is an asset that shouldn't just be thrown away. Be smart. And then be foolish.

BE SMART, THEN BE FOOLISH (See what I did there?)
A Rifter doesn't defeat a Hookbill from sheer audacity and daring. No, it doesn't. A Rifter defeats a Hookbill by exploiting fall-off, overheating scram range, and hoping the Hookbill doesn't have the right ammo loaded and/or dual-webs. You win fights by being smarter than the other guy, exploiting his weaknesses and taking full advantage of your own strengths. Character comes from winning, not from losing. Being bold and daring is important, not to mention fun, but being smart is better. Learn game mechanics, understand your ship and the ships of your foes.

LOOT THE FIELD
Every asset you own becomes another asset you own. It is surprising to me how many people forget to steal, acquire and profit from the death of their enemy. Always, always, always loot. Take everything and if it doesn't fit, have someone else take it, or come back for it. (Or in rare cases, shoot it at least) No matter how horrible the loot fairy has been to you, take the left-overs. They can always be sold, dropped into the Corp Hangar, or broken down into minerals and eventually converted back into something useful. Loot left on the field is useless, or even worse, falls back into the hands of the enemy. And no one wants that to happen.

COUNTER PROGRAM
This could also be called doing the unexpected. Try not to be predictable. Be aware that your enemy is also aware, and use that knowledge to defeat him. There are so many examples of this, but one example is in ship fittings. While I am a huge believer in fitting ships to their strengths, weird fits for the sake of weird fits seldom work, there does come a time when fitting against type can work in your favor. Once everyone believes your ship is always a kiter, fitting it as a brawler can be totally unexpected. Again, this is only one example. Counter programming runs the gambit from strategy to tactics and is an excellent way of thinking about what you are doing. Keep the bad guys on their toes.

BE STRONG
Fear is the mind-killer. When people send you nasty emails, or bash you in local, or accuse you of blobbing, or using links, or any number of other nasty things? That is because you are doing something right! "Fair" is a perception that comes from the mind of a victim, not from the mind of the victor. A victor is hated, feared, and accused. A victor may know that he won from strength of arms, from smarts, from superior tactics, but he feels no need to explain himself. He doesn't have to, because he won. Victims hate that. So they hate you. Good. Let them. It only proves that you are doing something right, that you are actually a pirate, and that you are good at your job.

That doesn't mean you have to be an asshat. Lots of people get those things mixed up. Don't be one of those. We all have our role to play and always remember to respect your victim, have fun, and scream YARRR as you roll into a fight.

What else does it take to be a successful Pirate in Eve?