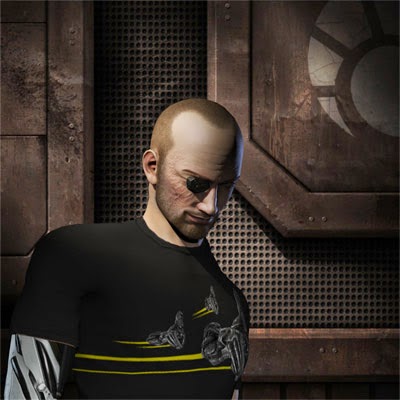 This post features Khaemwese, a pilot in Stay Frosty for almost a month that I haven't had a chance to fly with much yet. Even I can't be on-line all the time... sadly.


• Tell us a little about your background in Eve.

I've been around since December 2007. At the time I was kind of tired of the fantasy theme and after playing games like Homeworld and Freelancer, I decided to look for an MMO set in space. Trinity had just come out and after seeing the ads, I new I had to give it a try. I really like complex games, the more complex and challenging, the happier I am. Something my kids never understood...

Since then, I've done a little bit of everything other than mining (to the miners out there, I'm sorry, but I'd rather put needles under my fingernails), although I did give gas mining a try back when we gas mined on battleships. Needless to say it was a very short attempt. Then in 2012 I saw an announcement for the Tuskers FFA #2 and being in a major sov alliance at that time doing almost daily CTAs and 4 hour roams, I thought it would be cool to try something different. I had a blast... That was when I decided that solo or small gang PvP was all I wanted to do. Unfortunately I did not do a lot of research and ended up on a smaller alliance living in NPC space with some great guys, but still following the same mainstream alliance values. I wanted to be free, I wanted to do casual 15 minutes PvP during my lunch break, I wanted to not worry about KB, ISK efficiency or structures being attacked, I wanted to Stay Frosty!

• How did you first hear about SF, LH and MATH?

So, I saw an add for the Stay Frosty FFA and I did some digging on what SF was about and I knew right away, that was where I was going to dock.

• What is it that you enjoy most about your Corp?

Such a nice bunch of pirates... SF is like a corp of 200 solo players, but all you need to do is ask and they will all rally up to help. It gives you freedom to do your thing, but somehow you still feel like you are part of something bigger.

It's not much about what I've learned, but what I'm reminded of every day... Eve can be a relaxing fun game where you don't feel like it's a 2nd job. Unless, of course, the corp moves its HQ only a couple of days after you joined and you had just finished hauling all your stuff in...
(EDITOR: Sorry about that.)

• Do you have any advice for players who want to start PvPing?

Be free, ask questions, but don't be restrained by what others consider important. Find your niche and if you realize you were mistaken, reinvent yourself and start over again. And above all, frustration will be part of your play time, learn how to use it to your benefit. Kicking your dog won't do you any good...

• What are your goals for yourself, or for your Corp?

Have a good time. If that helps my corp, even better.

I was so excited when I got the skills to fly a Maelstrom, that I bought one using every single ISK I had and went out missioning. First mission was Rogue Drone Harassment... I locked the Mother Drone and fired away. Didn't care for the pesky drones spawning all around me and kept firing, I was on a mighty Maelstrom after all. A couple of minutes later I was docking on my pod. For those unfamiliar with that particular mission, it spawns 4 reinforcements waves at various damaged armor levels. I had 8x BCs, 8x Cruisers and 8x Frigates aggroing me at the end.

• What is your favorite thing about Rixx (lol)

He founded Stay Frosty! Other than that, I have no idea. We play at different times and have had very little interaction so far. But he does seem to be a nice guy.
(EDITOR: We will eventually fly together!!)