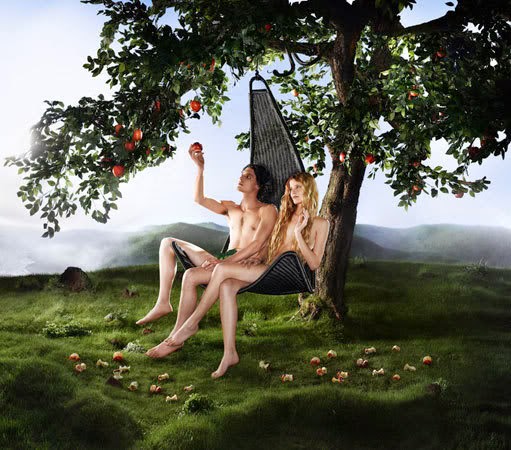 My very first post was in January of 2010, four and a half years ago now. The post was written in reply to a question that CrazyKinux had asked on his blog, "Why do we love Eve so much?"

When I started this blog, I had already been playing Eve for over two years. My experiences up until that point had been mostly in Null Sec, and mostly care-bear with teeth stuff. I was fortunate in my early career to meet, learn and fly with some truly great people. The "class" I entered the game with has endured and made their mark on the game. Progodlegend, Makalu, Mittani, Vile Rat, and many others. Some continue to play, some are no longer with us, but they have all left a mark on the history of Eve. When I started writing this blog, magazine, journal, whatever you want to call it, I hadn't made mine yet.

And while many people will continue to refuse to believe it, making a mark in Eve was never my intention. I just wanted to have fun playing a game I loved. It was spaceships, in space! And you could shoot other real people! That was, and remains, about as deep as my commitment to Eve goes. I do not strive to be considered a great PvPer. I do not care about e-peen, rankings, or the size of my Battleship. I care about the same things I've always cared about - the people I play with. These days there just happens to be a lot more of them.

I went back this morning and re-read the first post. I do that from time-to-time to remind myself of why I do this. Why I put up with the haters. The insults. The false accusations from weak-minded people who have nothing better to do with their time. Because sometimes it can be hard to remember. I find the haters to be an amusing lot, juvenile, un-educated, inexperienced, and so full of anger about things that happen in a 3D video game about spaceships. For my part, I can only laugh. They can hurl all the insults they want because none of it matters to me. I am untouchable. I am unaffected and enduring because I have a large family, both in-game and out here in real life. I have important things. Eve is not important. People are.

But I do still love Eve. I love undocking in my spaceship. I love spinning it in space. I enjoy playing Eve, still. And as long as that is true, I will continue. I will continue even if Stay Frosty drops to one lone pilot. I will continue despite the haters. And I will continue to hang out with real people in-game that care about Eve the way I do. Which is what Stay Frosty is all about. That is really, when it comes right down to it, all that it is about.

Here, for those of you that don't want to click back in time, is that very first post:

"I've never played an MMORG before Eve.  I'm not an experienced WoW player and hadn't even considered playing some crazy, social networking, computer platforming, role-playing, massive anything before I first laid eyes on the Eve universe.  That moment is burned into my brain even a year and a half later.  The exact nano-second I saw Eve I knew I must play it.  Do not stop at Go and do not collect two hundred dollars.  Now.

It was spaceships, it was in 3d and it looked amazingly incredible, but most of all it looked like a place I needed to be.  A place I had dreamed of being since I was little more than a zygote.  A place that needed me to be there, flying around and doing something.  Doing anything I wanted.  The reality of Eve is much more complex than the way it looks, the way its beauty overwhelms you and surrounds you on first viewing, certainly those are the elements that drew me to the game.  But Eve is much, much more than that.  And, in some ways, much less.  It is messy, it is complex, it is deep and defining, it is dirty, clean, evil, twisted, hard to learn... Eve is so much like life itself.  Eve is anything you want it to be.

And that is the true beauty of Eve, the thing that generates "love".  The passion, the commitment, the raw power that drives you onward and upward toward whatever goals you may have set yourself.  It is incredibly defined and yet completely open ended.  And that is the sick, twisted glory of it all, a game so complex that a year and a half later I still feel as if I have only scratched its surface.  Only now started to get a grasp of its true nature, only now begun to feel as if I am on my way towards something.  And that something is whatever you want it to be.  They call it a "sandbox" and I suppose that is as good a word as any, but Eve allows you to define your own destiny.  To achieve whatever you want, there are no paths to be followed, no well-worn network of previously followed answers from point A to point B. There is no point A and point B is off in a distant part of the universe.  You can truly make, build, live, fight for your own destiny.  Alone, with several friends, or with hundreds and thousands of distant warriors.

Eve is unlike anything else.  Some days I hate it, some days I want to rip its innards from CCP's servers, some days it is glorious, others it is funny, sad, whatever it is it is very much a living, breathing world of its own.  And every day it surprises, annoys, and grabs me like it did that very first day.  Love?  Oh yes, I suppose one could use that word, but I believe that Eve deserves a more fitting refrain.  Love is something reserved for a soul-mate, a family dog, or your actual family.  To me Eve is a passion.  A romance of dreams.  Dreams I've held onto since I was a wee lad and will never let go of."