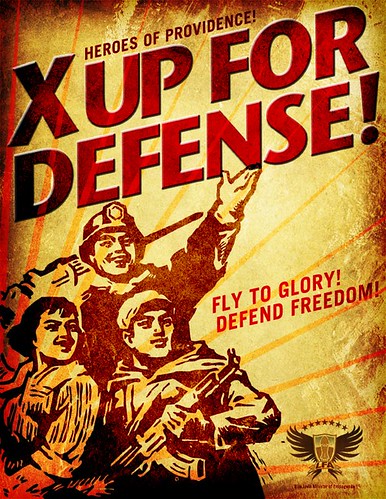 Let me introduce myself. My name is Rixx Javix and I am the CEO of Stay Frosty and the Alliance Head Cheese for A Band Apart. Both of which are awesome things to be. I started playing Eve in September of 2008 and have been playing almost non-stop since then. In January of 2010 I started writing this here magazine about Eve and my experiences in Eve and everything else about Eve and the art I create for Eve and the Eve community. It is pretty much all about Eve.

My long-time readers will already know this stuff, but there are new people coming along all the time and every so often it is good to re-introduce yourself. So Howdy. I am the friendly neighborhood Pirate. I have been -10 for over three years straight. I play Eve in my own way, and not according to other opinions, other than my own. In point of fact, my independence and free-thinking about things is my defining trademark. In space and on these pages, you can trust that what you are getting is unabashed, unfiltered, and genuinely the truth as I see it.

I also make no bones about it, this magazine is 100% agenda. The agenda is perfectly straight-forward. It is first and foremost purely an expression of passion for Eve Online. I personally think Eve is the best thing since they put a pocket on a man's shirt. I love Eve. Secondly, this magazine is intended as a tongue firmly in cheek expression of that dedication. Half of what you read here is purely hog-wash, but even I don't know which half that is. I've written well over 1,300 posts, and millions of words, about it. Spend time in the archives, they are amazing.

I also create art for Eve and the Eve community. Hundreds and hundreds of pieces since before I started writing this magazine. Some of which you can see over on my Flickr gallery.  Banners, logos, wallpapers, memes, pretty much anything you can think of. You'll see my work floating around the Eve community, sometimes in very unexpected places. Some of what I do isn't even associated with me directly.

I organize in-game events, like DeathRaces and Frigate Free For Alls, and have been since 2009. We will be having another massive FFA this Fall. The last one involved over 5,000 explosions!

Twitter Hats. Incarna Protests. Getting the Frills back on the Vagabond. Creating Eve Dumb Ways To Die with Sindel. You name it and I try to stick my Irish nose into it eventually.

Most importantly, I play Eve every day that I can. I've lived in every region of New Eden except the far North. High-Sec, Null, WHs and Low. I've tried pretty much all aspects of the game. I even once took two months off from PvP to see what Industry and Planetary Interaction was like. I've FC'd 200 ships fleets, bumped a Titan inside an enemy POS, haunted Syndicate, gate-camped, black op'ed, chased, angered, pissed off, and generally been a royal pain in the ass since I started playing. I've been stolen from, betrayed, stabbed in the back, chased, threatened (both in game and out), mocked, and (as of today) had 12 fake accounts created to piss me off or impersonate me.

I create content. I stir pots. I cause trouble. I do these things to create tension, and dynamic feedback, to generate content. To keep things interesting. Because I hate being bored. Because tension is more fun. But all of it, every thing I do, is only in the spirit of fun, adventure and virtual excitement.

I do not take Eve seriously. It is a game. And I play it.

Welcome to Eveoganda. Stay for the ride.