Part One: What Makes a Good PvPer? 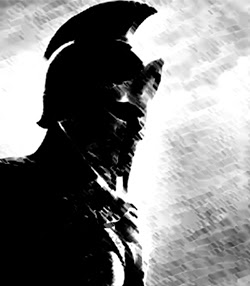 What Makes a Good PvPer?

Part One: Ingredients of Daring Chance


Last week someone asked me in the comments of the Eve is Great Series about what makes a "good" PvPer. I said the answer to that question deserves its own series, so here we are. Let's get started.

Rules first. Everyone's opinion is going to vary as to what exactly makes a good PvP player in Eve. I accept that. So, instead of trying to define what a good PvPer is - I'm going to examine the ingredients it takes to be a good PvPer.

Just FYI - I'm listening to Tom Petty's "I Won't Back Down" while I write this. I'm going to start sharing my music choices, I almost always write my daily posts to a soundtrack.
It is a great PvP track btw, listen to it before you undock.

Today I'm going to talk about "Daring Chance", the first ingredient in building a recipe of good PvP. Without daring chance you will be filled with fear, caution, and reliance on winning cards. Those are all secondary ingredients. So what exactly is Daring Chance?

Let's take a look at an example from yesterday. My Kessie and Masaaq's HB took down a Myrmidon. Let's be honest here, the Myrm turned out to be a young player who was obviously ill-prepared to fight us, even in Frigates. That is the sum total of the after action report on that fight. But that isn't why it is a good example of Daring Chance. Let's take a look at the situation preceding the explosion.

I was the only Stay Frosty pilot in local when I spotted the Myrm in the Large Plex. Local was standing at about 9-10 players. A Worm, an Algos and a couple of other ships were on scan. Masaaq was still 5j away. And I was in a Kestrel. I had just entered local and had no idea who was piloting the Myrm. Young? Old? Part of a gang? Bait? No idea. And this is the important bit... none of that mattered. The thing I know is, if I'm in a Myrm and a Kessie attacks me, that Kessie is going to die.

So I went in anyway. Engaged, pointed, and start applying damage. Eventually Masaaq arrives and the fate of the Myrm is sealed. And yes, as soon as the T1 drones pop out I'm extremely confident, but even then we were sure to be dropped by any number of other ships coming and going thru local. At any time.

Granted, that is not a great kill. It wasn't even a good fight really. But it does illuminate the point of what Daring Chance means. Nothing ventured, nothing gained. Without risk there can be no glory. Say it however you want, but the essential ingredient of being a "good" PvPer is the willingness to take those chances. To dare.

The Stay Frosty killboard is full of daring chances, as I'm sure many killboards are. When you think back about your good fights I bet they all start about the same way. It was a risk, but we/I decided to take the chance. All good stories start the same way. The odds were stacked, I never thought my Tormentor could take that Daredevil.

And it never will, unless you have the first ingredient. Daring Chance.

And no, it isn't always going to work out. Sometimes you will fail horribly, perhaps even to your shame. And that is the second important ingredient to good PvP, but that is a subject for tomorrow's post.

Be daring. Take chances. They are only pixels after all. But glory, glory is real.