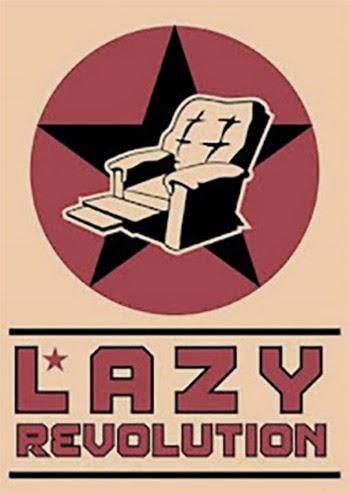 The Establishment Must Burn! The artificial entitlement houses built by greed, envy and ego must be torn down! Null Security space is a joke told by the rich and powerful at YOUR expense! We are wrapped in chains of gold and Moon Goo! We must break those chains and bring low the one-percent!!

(All reports state that the crowd gathered that day went nuts at this point, the cheering was so loud the speech didn't start again for nearly twenty minutes. Someone played some music, but no one can remember the play list. Stadium Rock most likely.)

I hear you!! And I know, beyond a shadow of a doubt, that somewhere among the teeming throng gathered here today... is just the person to do something about it!!!

(Half the crowd cheered at this point, slow on the uptake. The rest collectively went, "Wut?")

I believe in you my Comrades! I know you believe what I am saying, I believe you are willing to lay down your lives for the cause of justice. I know that there are those among you that are willing to step up and lead the cause. It will be tough, it will require hours of dedicated play-time, the sacrifice of family, of job, of everything else in your player's lives! But I know that you believe. That you are willing to put forth the effort, of hunkering down and writing tons of forum posts, of being active in social media, of starting a Revolutionary Blog, of inspiring hundreds of pilots to join your doomed cause! I know this about each of you! I believe in YOU!

(At this point the crowd had already started to drift. Feet shuffled, weight shifted, and along the edges, the numbers started dwindling.)

The Null Sec Overlords do not have lives! They don't care about their families, or friends, or their careers! And neither should you. All of you should get used to alarm-clock operations in the middle of the night, of hours and hours of structure bashing, of sitting on your Titans for hours upon hours!! This is what it will take, this is the dedication you will need. Your enemies have it. They have tons of it. Heck, it is the sole reason things are the way they are when you really think about it. Yeah, you know, really. When you stop and think about it like that...

(The crowd was little more than a large group of people running for the exits at this point. Several dozen would be stomped into the ground and killed under the weight of thousands seeking the fresh air outside.)

I mean MY player has a family he loves!! A career outside of Eve. I mean, don't we all? How are we going to take down anything like this?

We aren't are we?

(The revolutionary paused. He looked out at the now empty Mega-Stadium and a single tear escaped his eye.)

Screw it. Back to ganking.