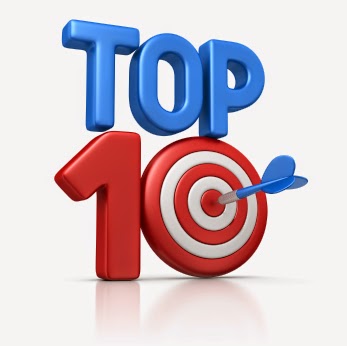 We fly Frigates because they are the purest expression of combat in all of Eve. No matter how old or experienced the player, you can only pack so many skill points into a T1 Frigate, which gives players of all ages a chance to experience a good fight.

Cheap, versatile, and a lot of fun to fly - T1 Frigates rule the skies of Eve. Great for solo, impossible to stop in swarms, Frigates are the foundation for everything else that happens in New Eden.

I fly a lot of ships but I try to fly at least one T1 Frigate every single day. Based on that experience and the experience of fighting against them, here are my current Top Ten Rankings of the best of the best in T1 Frigates within the current environment. I based this solely on my own opinion, experience and each ships ability to fight solo and in small gangs.

Below Ten - The Condor and the Rifter

Every Frigate has a place and a use, but some are more versatile, stronger, faster, and potentially worth flying solo than others. Currently the condor and the rifter are challenging ships to fly. And while many opportunities await the daring pilot, the cross-fit, the 'try-anything' sort, (or the dishonorable link booster) it is impossible to ignore the facts. Right now, as things stand, these two ships are relatively useless in solo and challenging in small gang applications. It pains me to see the rifter down here, but there it is.

The executioner is the T1 version of the Slicer and has speed and great tackling ability that is almost useless in the current environment of WCS enemies that run at a change in the breeze. If you do manage to catch someone and kite them it will take you all day to actually kill them. And if you fit for more damage you'll get caught and die so fast you might get podded. The executioner is fun to fly but deadly in combat - for the pilot.

Well, it does have a decent tank. The punisher's best role is bait, but sadly almost everyone knows this and obvious bait is obvious. Blessed with slowness and determination the punisher is a great little ship with a lot of potential, but in practice it will explode more often than not. Best flown in a group and used as a nice anchor.

I love the atron and in the hands of a skilled pilot it can be terribly effective. On the other hand every single atron you see in space, unless Crake or Stay Frosty is in local, will be stabbed and run from any potential fight. This makes me sad, but it is currently the truth. 99.9% of atrons are flown by cowards.

From here to number one is essentially my own opinion, the remaining Frigates each have their own unique blend of attributes to offer the daring pilot. At some point however you have to say, "which one would most likely win in a fight?" and go from there. The slasher is pretty versatile and can be extremely effective if fit perfectly for the target it is engaging. That can often be a pretty narrow target window however and that is why the slasher doesn't rank higher on the list.

If fit the right way there are few Frigs that can pack the damage output of the merlin. Sadly its lack of a drone bay drops it down the list a bit due to a lack of versatility, but the merlin is a formidable ship that has several effective configurations to choose from. Speed/Kite with rails or brawl/blasters and have at it. The merlin is a great example of how often the meta changes in Eve, it wasn't long ago that it was firmly planted in the bottom of this list.

Like any Amarr ship the only drawback to this Frig is cap. There are two ways to deal with this issue, extend the cap or increase the damage and hope for a short fight. The tormentor ranks higher than the merlin simply because it carries drones. But I love flying this ship, it is complicated and clanky, but it also has lazors!!

The highest ranking frig without drones, the kessie is extremely versatile and effective, especially in small gang applications. Recent light missile changes have curbed some of that, but not by much. Decent speed, decent dps, decent tank, the kessie is pretty damn decent when it comes to fighting.

The workhorse of the frigate line-up, the incursus is a beast. It takes a beating and keeps on trucking. Versatile highs and lows make it a combination monster in the right hands and an excellent choice for solo or small gang engagements. I once tanked four AFs in one and lived! Stories like that are the stuff of the incursus legend, which is well earned and the ship remains a constant in the changing meta.

The difference between these last few frigs is small and the breacher could easily be number one, but it losses a few points simply because it is a missile based ship. That might be unfair, but in a close fight ammo selection is critical. Having said that the breacher is currently a great choice for any combat and can be fit in many exciting ways, even dual tanked for ultimate surprise.

In my humble opinion the very best frigate in Eve right now. The proof of that is the confidence I have while flying it, while every other frigate takes careful consideration of target selection - the tristan has a much wider field of opportunity in front of it. Extremely versatile high slots and an incredible amount of fitting opportunities mean the ship is rarely what you think it will be. And this is, next to a huge drone bay, its best strength. Are the highs full of neuts? Rails? Blasters? or something else? The tristan can be effective in many configurations and is currently the best frigate in Eve.

Agree? Disagree? Make your case in the comments below. 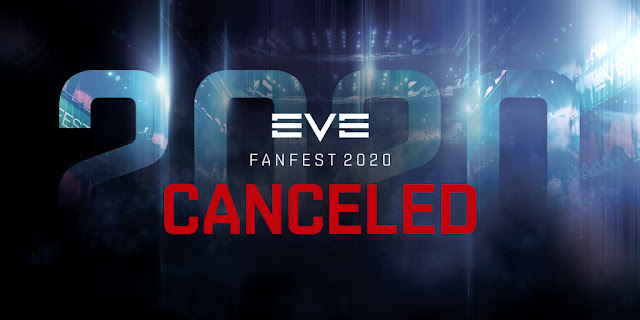 CCP did the only thing they could today and cancelled Fanfest. It was the right decision and I'm sure they only made it after extremely careful consideration. I'm also sure that there is already someone planning a Reddit conspiracy post about low attendance being behind it, or the fact that our South Korean Overlords were impacted by travel bans, or something else. Despite our community's often weird fascination with conspiracy theories - this ignores the widespread global reaction to the coronavirus. You'd have to have been living in a cave not to see this coming. This is not a surprise.

So, what now? Mostly we wait and see. Those of you with paid plans need to make the decision to either continue on with those plans or cancel them. I hope you have travel insurance. You should not travel overseas without it. If not, be sure to check your credit cards. Credit cards often come with some form of insurance for situations like this. So be sure to investigate that. Remembe…