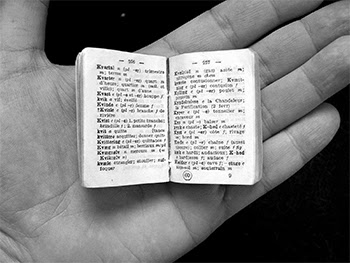 Low Sec, like other areas of New Eden, has its own terminology. Commonly used phrases and short-hand terms used to describe things in easy to understand and comprehend ways. Indeed, each Corporation in Low Sec probably takes this idea even further. I know Stay Frosty does, and here are some commonly used terms you may not be familiar with, that we use everyday.


Vultures
If you jump into a Low Sec FW system and there are 9 people in local, but no one is on a celestial or in a plex - but ships are on scan somewhere - then most likely they are Vultures. People waiting in a safe spot for some schmuck to appear on a plex so they can swoop in and explode them. Or, more likely, for two other entities to fight so they can swoop in to pick off the carcass of the dead and dying.

Farmers
Pilots in a Militia operating inside a Combat Site or Plex that have zero intention of engaging with those around them, are called Farmers. Farmers exclusively fill their low slots with Warp Core Stabilizers to avoid social interactions. They will often say something in local as soon as you appear on grid, "Not interested", or "No thanks" are common phrases Farmer's will say. Some take this even further by naming their ships "No Thanks" or "Leave Me Alone". These people are not playing the same game as the rest of us.

Compensators (also known as Linkers)
Solo pilots that suck so hard at Solo that they need a "compensator" to sit on a gate to give them that extra edge so they can win fights. You know one is around when you jump into a new System and see a neutral Loki (or Tengu, or Proteus, or that other one) sitting on the gate. Compensators can be easily identified, typically, by the insane and unnatural speed of their ships. And their small equipment.

Bros
Bros are two pilots that fly together in some insane combination of death that no one can really do anything about it. Typically they are also Compensators. An example is two Orthrus pilots being followed by a link Loki and achieving ludicrous speeds and distances that any normal ship cannot compensate for. Bros do not linger long enough for defenses to mount, they move quickly and strike fast.

Talkers
The Talker runs from social interaction in order to achieve social interaction. He/She will run from an engagement but only because "I wasn't ready", or "I beat you guys the other day", or "You blob", or some other excuse. Strangely this action does not prevent the talker from filling up local with boasts regarding his, still unseen, PvP powers.

Show and Tell
If you warp into local and see a blingy ship on a station, you can be pretty sure you just warped into a Show and Tell scenario. Typically this happens when someone is holed up in station and decides everyone in local would like to see what he bought with their Plex. Knowing full well they have no intention of engaging with their blingy ship(s). The Show and Tell is usually marked by constant links to their fits, so everyone can see their bling.

Santos
A term used to describe someone that isn't actually Santo Trafficante who really wishes they were Santo Trafficante and hangs out on gates to smartbomb passing pods and small ships, typically in a T3 Cruiser. So sad.

Ghosts
Ghosts are people in a better ship than the one you are flying, who would most likely win any engagement, who decide to warp away instead. Usually the only image you have of them is the ghostly remnant of their ship in the space it occupied before warping away. Interesting in that the warp trail is typically yellow.


These are only a few of the colorful terms we use to label others in an unfair and totally biased manner in Stay Frosty. Rest assured that often these terms are used in chat and comms with even more colorful language surrounding them. If you recognized yourself in any of the terms used here, rest assured it applies to you. If not, then you'll just have to wait for the next post.

So what terms of endearment do you use in your Corporation?

PS: Just to clear up some confusion for those readers without the benefit of a sense of humor, this is intended as a piece of humor. A post to laugh at, or with, or about, or chuckle softly to yourself, whatever you enjoy. In fact, most of these terms are not ones we use in Stay Frosty at all! Shocker!! They are ones I use in my head or ones I made up on the spot this morning while writing. Hello creativity!! However, because I am the CEO of Stay Frosty I can legit say "we" as in the Royal use of the word. This, along with The Corp Amex Card, the key to the Executive bathroom, and the unlimited drinks in the Frosty Pub, are the benefits of leadership. So get over your hurt feelings. Sheesh.