What to do when you are caught 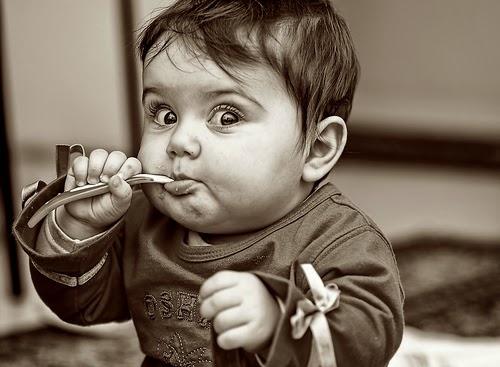 Eventually, no matter what you do for a living in Eve, you will get caught. In some dark and lonely corner, or out in the light of High Sec, eventually some idiot will Scram, Web, Point, or otherwise catch you. And you'll be trapped.

And, like all of us, your heart will sink into your lower intestines and you will know the horrible feeling that comes from the sudden knowledge that your ship isn't going to make it. It will die. Explode. Turn to scraps. And end up on that idiot's kill-board for all the world to see.

Sounds pretty bad. You are terrible at Eve. Just like the rest of us.

But never fear, even in the darkest moments of despair - victory can be snatched from the jaws of defeat. And today I will impart knowledge gained from the 1,180 times this has happened to me. These are not secrets smarts, these are tips on avoiding death. And avoiding the ultimate punishment - the loss of your pod.

I'm not concerned with how this happened. For the purpose of this post we will ignore the stoopid decisions that led to your capture and focus on what you can do once caught. You do have options, however limited, that will increase your chance of survival and of getting your pod safely out of harms way.

Once you know you will die combat turns into survival mode. It is important to recognize when this happens and only you know when that time comes. But at some point in the fight you will know. This is true for combat pilots and carebears, it doesn't matter what you are flying and how many they have - the moment comes for all of us.

First things first - where are you going to run? Hopefully you have a safe spot already bookmarked in system that you will escape to, but if not you'll need to quickly make a decision about where your pod is going. If not your pod will end up back in your home station. In the worst case scenarios, when death is seconds away, immediately align to that point and spam the Hell out of the warp button. This is basic escape mode. As soon as your ship dies your pod will warp off to that point. Hopefully you haven't decided to warp at zero to the Sun! (Never do that!) But, if you did, immediately warp off again once you land.

In the seconds of time between the knowledge that you are not going to make it and having to align your pod - there is room for victory. Believe it or not, I am often convinced of death one second and assured of victory the next. There are several factors at work here that need careful consideration. So this next bit is specifically aimed at combat pilots who are locked in a fight with one or more enemies.

Overheat Everything! You are soon to be dead, don't save anything for later. Push your ship to the limit and see what it can do. A fully OH'd ship is a machine of rage! It is amazing what they can do for a short period of time. Put everything you've got into it, turn off wasted mods that you don'd need to save cap and burn 'em down. It is surprising how often this works. At the very least you might take one of them down with you.

The reason for this is that your ship is a lot stronger at the end than you think. A lot of modules, such as Damage Controls, become better right at the end. That last little bit of structure, especially with everything burning in overheated frenzy - is tough to break. Especially if whatever cycles your shields, or armor reps, or whatever happen to be on match the incoming damage. (And yes, I am aware of the fact that I am over-simplifying this process.)

This also helps if your tactic is to turn tail and run. An overheated prop mod can be your best friend. Align out early to your pod destination and burn like a coward. Which you are not, you are a survivor. Probably not, but it is the attitude that counts.

If you are being jammed and you have drones, those drones should be attacking the jamming ship.

If you have ECM dis-honor drones, use them!

The point here is that, in those final seconds, don't give up. The worst thing you can do is throw your hands in the air and admit defeat. Trust me, so many victories come in the final seconds. Fight to the bitter end. And then get your pod out. I can't stress this enough, GET YOUR POD OUT.

As much as I enjoy catching your pod and adding it to my kill-board, I am always disappointed in you for leaving it there.