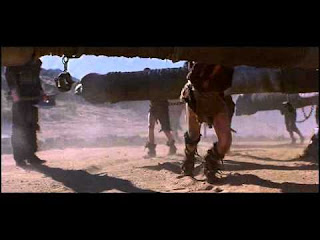 Last week was great. This week has been a struggle. Part of the problem is this monthly award we have in Stay Frosty called the "Hick's Award" which honors the pilot or pilots that end each month with the most total and solo kills. And while Rixx always ends up on the list each month, other than the very first month, he has never won the award. And that first month doesn't really count.

It isn't a big deal. I rarely have the kind of play-time it takes to make a serious run at it and that's fine with me. However, this month, I just happen to be in a neck to neck race for the top spot with only a few days left. ( Demeisen 00 has 193 kills, I'm at 191, Cervantes Marovinjun is at 181, Ciba Lexlulu at 179 and Prda Prda is right behind him at 175. It is going to be close!)

It would be nice to win one. Thinking about it for the past three days however has taken me out of my normal game. And this has made me even more daring than normal. More willing to take risks and has gotten me into a cycle of swapping ships for kills - something I normally try very hard to avoid. (My efficiency still hovers around 75%, so no worries there. It isn't like I've turned into a horrible pilot or anything! And yes, 75% is exactly where I want it.)

When you play Eve almost every day you really start to feel the cycle, the big wheel as I call it. You can feel a tangible turning that you are a part of in-game, the wheel swings your way and then swings away. Knowing where on this cycle you are at any given time is important. And again, this is just my opinion here, but I believe it is true for everyone. I strive to take advantage of that cycle when it is swinging in my direction, and take steps to minimize the damage when it isn't. This is only a small part of how I deal with things that happen in space - but it is a critical element.

I'll give you an example. Yesterday I was out in my Comet looking for anything to fight. It was an extremely quiet night and not much was around. Thane was also around in his Tristan. I finally spotted an Algos inside a Plex in Kedama. Local was busy (14) and ships were on scan. Knowing the wheel was against me would usually mean I'd pause and take a moment to consider my next action. Instead I went in anyway. It had been a boring night and I was desperate. Thane was a jump behind me and on his way to back me up. The Algos melted right before Thane landed. All good up to this point. But then Thane warped off just as a Dramiel landed. The Dram pilot is a well-known drug/link abuser and together we may have taken him, but the point became moot once his back up landed in a Hookbill and sealed the deal.

That is how the wheel gets you. You go in to kill a Raven and just happen to land at the same time another fleet decides it is time to kill the same Raven, but only after they kill you first. You warp back fast to station to re-ship in your pod and don't do the normal "warp to spot first" thing and pay for it by getting podded by a smart-bombing Proteus on the undock.

These things don't happen when the wheel is swinging in your favor. I warp off before the Dramiel lands, or kill him before his back-up arrives. The Raven goes down right before the other fleet arrives. And, even in haste, I remember to warp to the spot before warping to station.

That is what the last four days have been like. The wheel is against me. But it will swing back the other way soon enough. The only choice you have is to recognize it, strive against it and stay frosty long enough to see it swing back in your favor.

And if you are reading this and don't believe in the wheel? I can assure you, the wheel believes in you. It is turning. And if you can't feel it, then you just aren't paying attention.

Now, back to exploding ships so I can finally win this damn award.