I haven't been posting as much lately because I've been extremely busy, both in real life and in and out of Eve. A large chunk of this time has been preparing, negotiating, and motivating the Alliance for our new operations in Null Sec. We've previously messed around with FozzieSov and, in the wake of the AT and the long Summer months, we've decided to make a more concerted effort to establish a beach-head down in Scalding Pass. For us the region we decided on has nothing to do with its value, strategic importance, or any other "normal" evaluation. We picked simply based on one factor alone, opportunity.

And yesterday A Band Apart secured our first system EVER in Null Space. If everything goes well today we will be taking our second system next door.

When it comes to taking and managing the new Sov Mechanics I can assure you that we are all a bunch of idiots. We have no freaking idea what we are doing. But I can tell you that there has never been a group of players having more fun learning, making mistakes and generally having a blast than our group. We have all learned a lot this past week. And we've had a tremendous amount of fun learning together.

Even though I spent three years in Null Space in the beginning of my career, it is a different beast today. I spent a lot of hours bashing structures back in the day, defending space, putting up POS towers, taking Sov, losing Sov, guarding gates, and engaging in huge battles with thousands of players. But nothing that I've done before compares to what happened this past week. Nothing. And while there are things about FozzieSov that I think can be improved (And I'll be writing about those this coming week) in general I strongly believe that it is the best thing that has happened in Eve for a long, long time.

For me I left Rixx up in Ishomilken so he could continue to pirate in low sec. My other alt bought a Jump Freighter so we could set up a solid cyno chain and get supplies in and out. And I moved Major down to serve as my main PvP character in Null. Up until now Major has been pretty much used to hold the Alliance and help me with bigger projects when I don't want Rixx seen in local. But the entire reason I got him eight months ago was for future Null projects. He was the one Entosising nodes during our last attempts and he will be staying down there for me. That is how I spread my three characters.

So here is a funny story for you about the origin of our Station name, "Dad Lost The Keys".

I spent most of yesterday editing together a new television commercial. During breaks watching the AT, talking on Slack, managing the movement of supplies, negotiating with our new neighbors, getting Cap support set up, and all the hundred other details, I would log on and take care of this or that. This went on all day and into the evening. I made several JF runs, the first one came within a hair's breadth of getting caught. We had great turnout all day as people came and went and it slowly built as we got closer and closer to the timer's coming out.

It was a long, but truly great day. Eventually I made one last JF run and delivered some important supplies. Including an iHub, which is a funny story all its own. It was getting late and I decided it was time to log off for the night. Spend some time with my Wife and maybe get a couple of episodes of Narcos in.

It wasn't long before my phone started buzzing. On Slack and Twitter my Alliance mates were desperate. The station was ours, but no one could dock in it!! So I logged back into Major who was already docked and tried to figure out how to deal with this issue. Comms was hysterical and extremely funny. And it only got worse as we all tried to Google Station Management and discover where CCP hid the management window. Oddsodz even logged into SiSi to check his station there. It was quickly discovered where such a button "should" be, but it was not there. Someone made the joke that I should shut-down and restart, which made me think of something. So I undocked and then docked up again. That worked.

Now Major is the CEO of A Holding Band (A HOL) which is the Executor Corp for ABA. So the first thing I did was transfer the Station to Stay Frosty. Makes sense right? No, no it doesn't make any goddamn sense. Because then he lost the ability to do anything! The window disappeared. At that time no Stay Frosty Directors were in Null.

So, to much more hilarity, I had to log into Rixx up in Ish and make the 40+ jumps back down to Null with him. During the trip I made sure all our member corporations were set blue to Stay Frosty (we normally don't have blues) and that seemed to finally start allowing people to dock, but slowly and strangely. Eventually I made it back down, docked up, and took care of setting things up. At least temporarily.

I will never forget arriving on station and seeing everyone hanging around outside waiting to be let in. Which is why our station is called "Dad Lost The Keys".

I have no idea what the future of this campaign will be. Who knows what might happen next. But I do know that I wouldn't trade what we've managed to accomplish up to this point for anything. It has been a great ride and I can't imagine a better group of people to have taken the journey with than my friends in ABA. Everyone pitched in with enthusiasm and good humor, no matter the task, no matter how far, or how difficult. I can't say enough about my fellow pilots.

We might very well be a bunch of idiots, but we have fun together.

What more could you want? 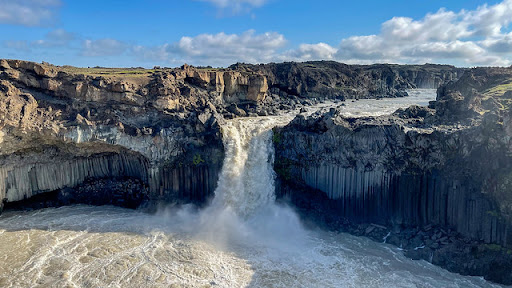