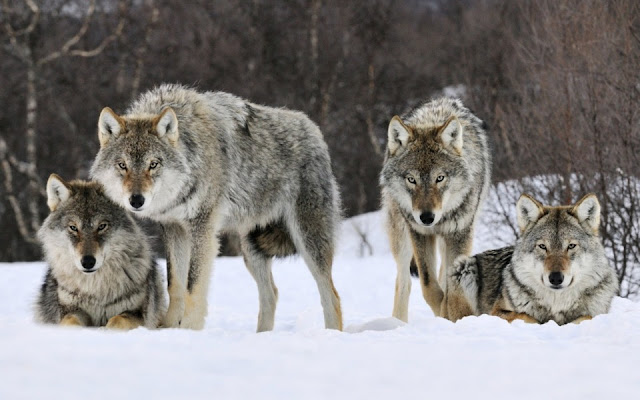 There have been times when I've enjoyed pretty much everything Eve has to offer. Large fleets, Black Ops, Gate Camping, Raiding, Blind WH Incursions, Tournaments, High-Sec Ganks, Griefing Russians (just kidding!), at one point or another I've tried to participate in all of it. I even once mined in my Rokh for about 15minutes (even though it was bait, it did have mining lasers fitted). But my all-time favorite thing to do is what I refer to as Wolfpacks. I'm sure other people probably fly this way somewhere else, but over the past 4.5 years I believe we've perfected the art in Stay Frosty. These days it is the primary way that I fly.

And Sunday I spent a good chunk of the day enjoying the Hell out of it again.

So here is essentially how it works. When I log on I form a fleet, or join one that is already formed. Whoever is on-line at the time, unless they are far away, gets into this fleet. It doesn't matter where you are, if you are solo, or traveling together with someone, or what. Get in the fleet. Every swarms about doing their own thing, or following someone around, it doesn't matter. The idea is simple. Kll everything you run into, alone, in small 2-3 man groups, or - if the situation calls for it - the entire fleet will come to your aid. Simple, right?

The genius of this approach in Low Sec is that new pilots can learn small gang tactics without being left alone to die needlessly over and over. And more veteran pilots can continue to perfect their solo skills until they require back-up. Or just want to share the glory. When I'm flying in these Wolfpacks, as an example, I let my fellow pilots have all the loots. And if one of or younger pilots happens to lose a ship, I'll often send them some "boom-boom" iskies to help pay for a new ship.

I know a lot of people scoff at this approach. Mostly because we are typically not even on comms while doing it. Which in many corners of Eve is considered akin to a Mortal Sin. Again, this really only works in Low Sec. But essentially our communication during fights is boiled down to very simple commands. Chatter happens between fights. (We also do these on Comms as well by the way)

This system, and Stay Frosty in general, was created to solve what I consider a HUGE problem with Eve. At least in my humble opinion. I don't agree that Eve is dark, complicated, not fun, and takes a lot of time to play. I reject that idea. I cringe when I see players leaving the game because they no longer have time to play, or feel that it isn't fun. Or they get burned out having played in that insane charnel house that is Null Sec. That's why I created Stay Frosty in the first place.

Because I don't have time to play Eve either. So I created a Corporation, and eventually an entire Alliance, around this idea. That Eve should be fun to play. And that it shouldn't take more time than your real job to play it.

We have people in Stay Frosty that are down in Null Sec right now blowing up stuff for the fun of it. We have Wormholers, Industrials, Mission Runners, pretty much every playstyle you can image inside our Alliance. And in my corner of the world, I log on and pew pew. Most often in quick Wolfpacks that are a blast to be a part of.

We've been at this for four and a half years now. Shortly Stay Frosty will pass the 100,000 kill milestone as a Corporation. Shortly after that A Band Apart will also. Next year we plan on winning the damn Alliance Tournament. How's that sound?

If you are reading this and you are thinking to yourself, it is about time I started actually enjoying this damn game, then jump on one of our Public Channels and talk to someone about it. Or, how's this sound, just put in an Application to Stay Frosty and JOIN UP! We've been OPEN Application since day one! Everyone who applies gets in. Talk about crazy! Especially if you are USTZ you should join, because I need more people to fly with :)

It'll never work. That is what people told me back when I started this crazy trip.

PS: Our Public channels are EVEOGANDA and THE FROSTY HAMMER btw