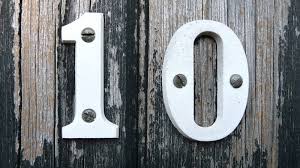 Things are kinda busy right now. Starting a new job this week, getting ready for the Holidays, trying to find time to log-in to Eve, as well as everything else - tad challenging. I don't want to needlessly bore you, I think I do enough of that already. I have several blog posts in the works I just need time to finish, but this morning I realized that January 2019 will be the start of my tenth year of writing Eveoganda.

I think this means more than usual given Kirith's recent decision to stop logging into Eve, although he is still blogging. Anytime another long-timer decides to hang up the spurs it makes you stop and think. And while I've never met Kirith in person, I do consider him a friend. He's spent time flying with us in Stay Frosty and ran several very fun Sunday night roams I enjoyed flying in. Not to mention the long and storied history between our two blogs. Not to belabor the point here, real life above Eve.

It makes you think. And then that makes me think about Eveoganda and the place it has in the greater Eve Community. And what that place might be going forward. Certainly things are a lot different than when I started. Most of the regular Eve Blogs are gone, or gone quiet. Streaming is the golden child of the day now. And I get that, blogging isn't easy. It never has been. But back in the early days at least it had some level of... I don't even know what you'd call it. It certainly was never "cool". But over those ten years a lot has changed. And all of those changes have made it much easier to share ideas, concepts, and thoughts - without having to blog about them. I could have written dozens of Tweets in the time it has taken me to write the above.

Let me assure you dear reader, Eveoganda is not going anywhere. I may not blog at the insane pace I did in the early days, but that is simply because I have other avenues of expression now. I also have additional responsibilities, running a Corporation and an Alliance, which I didn't have when I started writing this thing. But that doesn't mean I don't still care about this space, our space, my space (see what I did there?). I'm not stopping any time soon.  For one thing, writing in this blog still gets me that sweet Fansite subscription from CCP! I ain't no fool.

I still believe that Eve blogs have a place and a part to play in the Eve community. I know this one does. And I'll still be over here, fiercely independent and stating my opinions and positions when I feel I need to do so. If only to entertain myself. And to prove the haters wrong. And hopefully, even if it is by accident, entertain the readers that stop by.

Until then, I'll just keep plugging along.