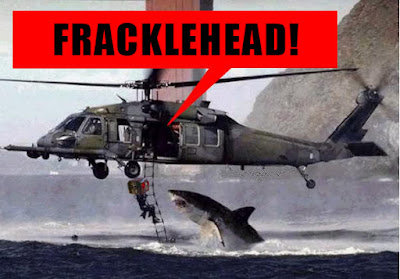 I've invented a new word that I would like to introduce to the Eve Lexicon - Fracklehead. We needed a new word to describe pilots in Eve that went beyond "Newbie" or "Newb" and got at the heart of something more than just simply being young. Originally I intended this to be a description based on Faction Warfare, but that wouldn't be entirely fair. So the more I've thought about it, the more it applies across the entire breadth of New Eden. So what exactly is a Fracklehead?

A Fracklehead is any pilot of any age that flies aggressively ignorant of basic and generally accepted ship fittings, PvP tactics and game mechanics. The word's origins come from combining the Battlestar Galactica curse word "Frak" and the Deadwood insult "Hooplehead" into one word. It works because it isn't profanity, or even immediately insulting. And it perfectly insinuates that something must be wrong in the person's head region - where most people tend to have their brain located.

There isn't currently a word in the Eve Lexicon that works in this capacity, so there is a great need for this word. It should be adopted and used immediately across all media. I've already taken the steps and submitted it to the Urban Dictionary. I made it a general video game term so that it would get accepted by the voters. Fingers crossed.

While all of us in Stay Frosty try our best to educate the playerbase both by defeating them in combat and then giving them friendly advice, and also by spreading the word thru education - we can't do it alone. Using proper definitions and words will only help us all properly elevate the players around us. As we all know by now, if frackleheads keep losing over and over again - they will stop playing.

If you or someone you know is a fracklehead, please heed this advice - there is hope. There are so many resources available to you today. Video guides, written guides, forums, support groups, the list is endless. And if that doesn't work for you, bring your ship to Ouelletta and one of our Pirates will be more than happy to educate you personally.