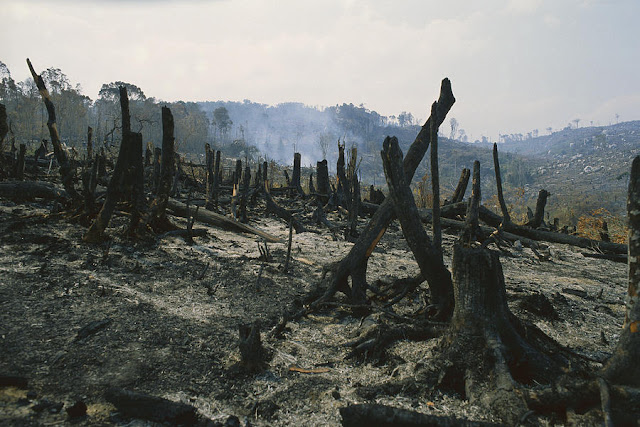 There was a time when the system Rancer was deadly. The gate was constantly camped and getting a ship through the system wasn't safe. People adapted and went the extra jumps just to avoid it. These days Rancer is dead. Usually empty. No gate camps in sight.

Have you been through Uedama lately? Or Abune when it is camped? I'm sure you can name another system in Eve that is constantly being camped. N-RAEL, HED-GP, the list is long. I once lived in a system for a few months after Burn Away fell apart and before I joined Tuskers and I lazy camped it myself because the hunting was good. After awhile others started noticing the kills I was getting and they started moving into system, eventually turning it into their own private mission running system. They are gone, but the system remains dead. Even seven years later it is taking time for it to return to its former glory.

Cultivation isn't something you hear a lot about in Eve. But cultivating an environment that encourages players to participate is important, especially to those of us who focus on PvP for a living. It's why we defend our home systems, why we discourage gate camps, why we burn down other people's Citadels, and why we rarely over-hunt at home. Especially if you are in a pirate corporation, like Stay Frosty, it is even more critical to consider cultivation. Because there is something else tied to that approach - our reputations.

It would be easy enough for us to perma-camp the High-Sec entrance to our home system. But to do so would not only drive content away from our home system, it would also have lasting effects on the entire neighborhood in which we hunt. Not to mention the impact such activities would have on our ability to get good fights in other areas. Our ability to get those good fights often comes down to our reputation. I can't begin to tell you how many times a pilot engages me in a fight simply because they know it will be a good fight. And they tell me that.

For me personally I know of several tactics I could use and ships I could fly, that would result in a lot of kills and less danger for me. I could easily rack up the kills and rocket to the top of the killboard. I could do this anytime I wanted. But I don't. Why? Well there are lots of reasons for this, mostly because it gets boring doing the same thing all the time. But also because I don't want to become known for flying the same thing all the time and for being nearly impossible to kill. That would have a drastic impact on my ability to get fights. Heck, just being me already does. The last thing I need is to make it worse.

I'm not judging other players choices here. Play however you choose. But what I am saying is that every choice has consequences. Often unexpected consequences. And not just for you, but for those in your Corp, your Alliance, and in the places you choose to fly.

I often joke that I attack everything in space I come across. And generally speaking that is true. But in reality I will often not attack a target so I become less predictable, encourage that pilot to return (hopefully in something bigger), and to cultivate the system I happen to be in.

A big part of success in Eve is in creating an environment in which you get what you want. I want good fights. I want my Corp/Alliance to prosper. And stewardship of that environment, our reputation, and our ability to find targets worthy of fighting - is a huge part of getting what I want.

I think it would be better if more people, especially those of us in leadership roles, thought this way about the place in which they choose to play this game of ours.