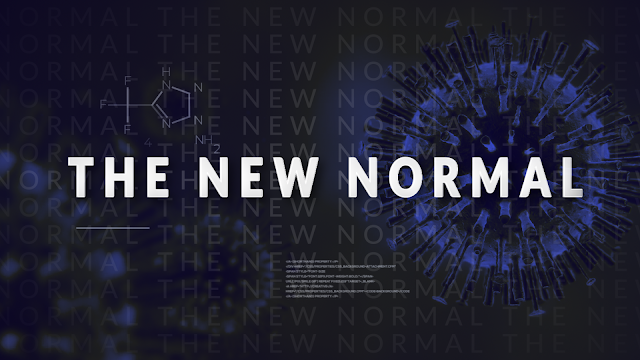 Things are weird right now. And that weirdness extends to these pages as well as every other aspect of my own life under Covid. I admit it is challenging to think about writing, or commenting, or being funny, or doing much of anything on a daily basis. Being a non-political person of intelligence in these crazy times is stressful and traumatic. My Wife is working from home, except for a very brief stint of going back into the office a few months ago when things started to "slow down", which quickly turned out to be an error we all saw coming. Our children are not returning to school buildings, instead they are sitting in front of a Chromebook supplied by the school. And how do you police two teenagers who are supposed to be doing school work and not playing video games all day?

I'm sure you have challenges of your own. And those I mentioned are just two in an ever growing list. I took some much needed time off from my last job, which in March became a rather permanent vacation that has now lasted more than a year. That wasn't the plan. And yet, here we all are.

Eve Online continues to be a survival function. Playing as often as possible, hanging out with friends, being involved with the community, and practicing for the upcoming Alliance Open are all critical components of survival now. Over the years Eve has transformed for me. In the early days it was simply a game to share with my Son. Then it became a hobby. And over the past decade it has slowly transformed into an integral part of my life. Of our lives. When I don't log in, even for a short time, I miss it. Of course it is an escape from reality, but describing it that way feels too easy.

Good grief I've literally written millions of words about it. And produced thousands of images, logos, videos, and more about it. Later this month will mark my 12th year of playing Eve, pretty much non-stop. All of which is known. Since March however, all of this has taken on renewed significance. We've seen Fanfest cancelled, player-events cancelled, tours cancelled, and more of the things we look forward to each year - cancelled. These are not normal times. For any of us.

All of which brings us full circle back around to how weird the world is right now. And how difficult it is to try and be normal. Especially here in the United States. (Apologies to my friends in the UK, I know your stuff is weird as well.)

So yeah, these pages haven't been full of the usual blog posts. I'm not as motivated as usual to write what amounts to fluff at the moment. I'm sure that will change and that my current dry spell will magically disappear as it always has at some point. Until then just know that we're all in the same boat. And if you need to talk about anything reach out to someone. To me. Or to a friend. Or to someone over at Broadcast 4 Reps. Or your parents. Anyone.

Things are weird right now. But so are we. And we can get through this.