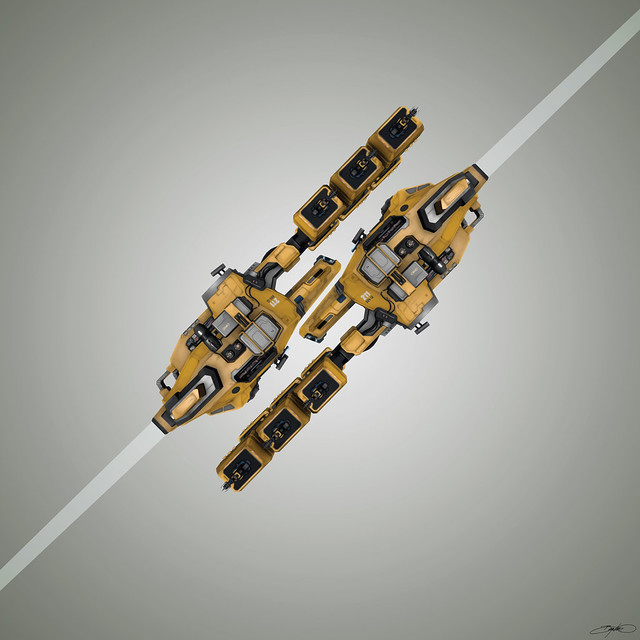 It might be difficult to remember, but when it was introduced the Venture suddenly became the "go-to" ship for running Faction Warfare plex in Low Sec. It made sense, the ship has a built-in Warp Core Stabilizer capability and can easily warp away from normal scramble attempts. This ability makes the ship "safe" from roving Pirates and from PvP in general. This ability also makes them a prime target for those of us who believe WCS are the bane of our existence.

In fact the blight of Ventures in Low Sec got so bad that CCP Fozzie and the devs at CCP actually built a ship specifically for me to kill them with. It wasn't long after Ventures became a plague that the Maulus Navy Issue was introduced to help catch the pesky little mining Frigate. And so began a battle of attrition in the space-lanes that few people outside of Low Sec are even aware of. The Blight of The Venture.

Today, as a result of years of lobbying efforts, the Venture can no longer be used to run FW plex. To make up for that loss the Venture can now fit Industrial Cynos and is often used in Low Sec to help move transports around dangerous space. We see them on stations all the time around the neighborhood. But primarily we see them as miners in belts. Typically young players from High Sec making their first flights into dangerous space.

In other words I explode a lot of Ventures. I also sometimes use Ventures to explode other ships. But that is a subject for another post. In the meantime, let's figure out why so many Ventures get exploded.

This is the reason it started. The existence of a built-in WCS ability in a Frigate sitting inside a FW plex was annoying to my PvP sensibilities. The only recourse at the time was to kill as many of them as possible. This was crusade level dedication back in the day. It was my personal mission to explode as many Ventures in plex as humanly possible. See a Venture, Kill a Venture.

Even today, there are a lot of Ventures in space. So they die a lot. And no, if I see a PvP ship in a Plex I will attack it over killing yet another Venture in a belt. I don't know anyone that specifically targets Ventures. But if you've been out roaming for an hour without targets and you see one on d-scan, I challenge any PvPer to pass it up. As I always say, "It counts".

It must also be noted that killing a Venture is not always an easy task. They do get away a lot. The ship is built to run away. If the pilot is using their d-scan and aligned, there is little I can do, unless I happen to be flying a Sebo'd Lachesis or something. Which is very rare. Plus, as in all things, the Venture is often bait. I once attacked a Venture in a belt with a Merlin, when it scrambled me and a previously cloaked Stratios un-cloaked and killed me. Deservedly so. But PvP remains a dangerous game and every single time I commit my ship I'm also putting myself in danger.

A lot of people don't seem to grasp the fact that Los Sec players take a great deal of pride in their space. When I see a lit Cyno in space I take it as a challenge, anyone who lights a Cyno in low sec needs to be exploded. Low Sec is supposed to be dangerous and it is up to us to keep it that way. Nothing makes me angrier than hearing stories about someone traveling thru LS and not getting content. I see it as a missed opportunity. I want everyone who enters our space to enjoy themselves and for us to earn that warning.

Whenever you jump into Low Sec you get a warning. (Unless you've turned it off) I see it as a personal challenge to ensure that we earn that warning. Low Sec should be dangerous. And if you are going to try and steal my rocks, even in a Venture, you should know that you might have to pay the price for it.

And that is why I explode Ventures. And Procurers. And Hyperions. And Vexors. And Merlins. And anything else that shows up on my d-scan.

Because I'm the Pirate Lord and you are in my space.