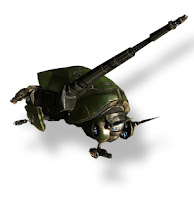 Small, insignificant milestone today. Finally hit 1,500 kills on BattleClinic.  I was hoping number 1,500 would be something worthy, and for awhile it looked like it might be a Tengu or a Loki. But those guys didn't wanna play and disappeared.

So I grabbed my wittle Slasher and went out hunting. Very quiet today, so not much going on anywhere. But I did find a couple of FW Incursus in Jov and started chasing them around. One of them happened to be the "Die Tusker!" Incursus you may remember from a few posts back.

Even with the blazing speed of the Slasher it is still hard to get a lock and with my recent unexplained lag issues even harder. ( Lately it seems like every third or fourth attempt is hampered by lag for some reason.) Anyway, I chased and chased. I give Peanuts Butter credit, most pilots dock up or leave, but she kept at it.

Eventually though, I was at the Acceleration Gate first and she exploded. I even let her pod go in appreciation.

And this Incursus was also named, "Die Later Tusker!" which is just awesome.