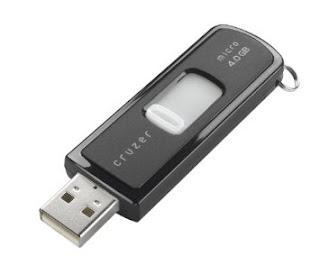 Introducing New Destroyers
Four new Tech II Destroyers that favor defense and speed and can fit the powerful and versatile area-of-affect Micro Jump Field Generators, which microjump you and any ships nearby far from your current location.

This is all the information we've been given yet on these new Destroyer Class Ships that will be popping up in "Winter". Or Summer if you live south of the equator, which some people seem to. Like Australians.

So will these be new new ships, or variations of current Dessie models? I wonder. I sure hope they are new new, that would be so much better. I'm all for new models and maybe CCP will use some of those awesome concept pieces we saw back when Destroyers were first announced. Either way, new or variation, these new ships are kinda funky.

Ever since the Titan Doomsday went from area of effect to targeted, the concept of AoE weapons has kind of been on the poo-poo list. Other than those nasty smart-bombs we don't have much to choose from when it comes to them in-game. This is an interesting concept however, an area of effect that affects nearby ships.  So let's think about this for a second and see what we can come up with. If you notice the description says "any" nearby ship, so it might be safe to assume your fleet mates and any bad guys that happen to be around will be getting the blink shuttle to 150k from your current position? If so I immediately see this as an interesting way to remove certain ships from certain situations. I mean, bait ships are going to have to be careful aren't they? It would suck to be baiting on a gate, for example, and find yourself surrounded by these guys waiting on backup to arrive, and then suddenly find yourself 150k away from the gate.

I assume anyone currently scrammed is going to miss out. Which means leaving people behind when you run off. Also a bit of confusing decision making that will need to be made under stress. So "any" ship means ships bigger than you? So exactly how does this work? I can imagine the cap demands are going to be HUGE. Or should be. Is it based on anything other than distance? What I mean is, will every ship within range be affected no matter how large? That seems a tad over-powered doesn't it?

And what is the recharge time? So many questions and so few answers.

Despite my inherent dislike for "run-away" mechanics, I think I like the general idea of this. Its up to me to get a scram on you, plus I can see this mechanic having just as many offensive pluses as I can defensive. Which you can't say about WCS for example. Or ECM really.

So until we know more, count me in the like camp for now.