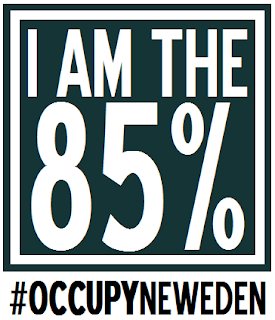 Neville Smit wrote an excellent post earlier this week which I would encourage everyone to read.  In addition, lots of other Bloggers have taken the time to write their own response to his post, which I also encourage you to read. They are all very smart, passionate, and considered arguments.

I'm not going to debate or rehash the points brought up in these posts, I think the dialogue has moved faster than me this week. So I'm rather late getting around to the conversation. What I'd like to do is approach the issues from a slightly different angle.

My own personal angle on this blog has always been primarily focused on what is good for Eve. Eve is my passion and I'd like it to thrive for many more decades so I can continue to enjoy it. It isn't my only passion, but when it comes to spaceships, community, and combat it is hard to beat. I love it. All of it. As I've said many times, I support all play-styles and wish those playing them the best. I want your chosen play-style to be the best that it can be. In this way ALL of Eve is improved.

My personal slant on this is based around Low Sec. I believe it is the most exciting, vibrant, ever-changing and dynamic place in all of New Eden. Which is why I live and play there. While I actively promote and write about Low Sec most of the time, that doesn't mean I think it is "better" than your chosen area of play. I like it better. If I didn't I'd go back to Null, or hide out in a WH. So I consider myself part of the 100% that play Eve. I don't like the idea of breaking us up into camps. We all play Eve.

The reason for that is simple. In Eve the rules are the rules. And those rules affect all players. Equally. This is a critical and important part of what makes Eve such an excellent game and why so many of us get angry when something "seems" to favor one group over another. It is the sole reason why I want links to be on-grid. Why I hate WCS. And why we have riots in Jita sometimes. In reality, the rules don't matter as much as the fact that, whatever they may be, they affect us all - equally. In my opinion this is the fundamental base upon which everything else is built. This fact must be protected above all else. We cannot ever lose that reality inside of Eve. The whole thing will crumble if and when we do.

This is why the recent CSM elections have worried so many of us. The CSM is essentially a Null-Sec focus group, which was elected at the same time the vast majority of development time seems to be devoted to Null Sec. Which, frankly, it has needed for years. This combination of events is troublesome. To me it is troublesome for different reasons than it seems to be for others. It is troublesome to me because of the low voter turn-out. It is troublesome for me because I've never believed we needed a CSM in the first place. It is troublesome for me because the CSM has often been a horribly embarrassing, drama-filled institution. (Barring notable exceptions) In fact I could argue, very convincingly and logically, that over the long haul - the CSM has primarily served a gross negative when it comes to Eve. The CSM, as an institution has lost the people. It has devolved into what most elected bodies eventually devolve into, a cesspool of special interests.

I fully support every single one of Neville's points in his Manifesto. Those are all great ideas. You can't really argue against any of them. Who wouldn't want a better NPE? Better PvP? Better PvE? Better everything. Sign me up!! In fact, read back thru the Eveoganda archives and you'll find plenty of suggestions regarding each of those things over the years.

85% of players might not play in Null. A fact I find interesting. But I'd rather think of it as 100% of players play Eve. I do. You do. And no one can argue that fact. That is a percentage that unites us all as players. We all play Eve. And yes, recent development time has been Null-Centric, granted, but a lot of that development does impact me. Citadels will impact me. FAX ships will. Sov changes have. New spaceships. New rules. All of which process across the board. Impacting everyone.

New Eden is so intertwined, interconnected, and universal that it is incredibly challenging to think of each part individually. I play primarily in Low Sec, but over the past year I've held Sov in 3 Null Sec systems, defended Wormholes, transported goods thru HS and essentially engaged with every area of space in the game. I bet if you stop and think about it for a moment, you could probably say something similar. If you can't, then you probably aren't thinking about it clearly. No matter what you do in Eve you are connected to every other area, you just might not be aware of it.

I want Eve to be great. I want CCP to continue putting development time into making it great. I will continue to advocate for changes I believe to be important. I won't stop stirring pots I believe need to be stirred.

It has been a long couple of years waiting for CCP to be finished with Null Sec revisions. Fozzie-Sov and Citadels, and Cap balancing have primarily been about Null. But we've also seen what those changes have wrought us, a huge war, a break-up of blue doughnuts, and an engaged player-base. So I'd say it was well worth it. Good for those guys. They are finally getting fixed.

And next? Well maybe it will be our turn next.

I know links are coming on-grid. Miracles do happen after all.