Why We Need The Alliance Tournament 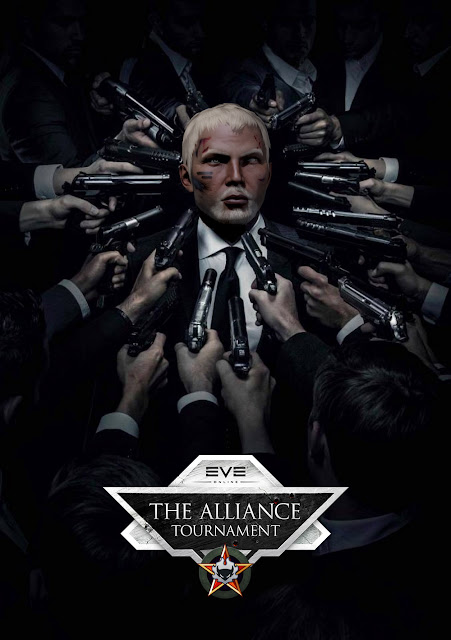 As many of you already know, we did not have an Alliance Tournament last year. Instead we got the World Tour and a series of 2v2 matches that will culminate in the finals at Fanfest in April. What you may not know, because I suspect many people don't run PvP focused Alliances in-game, is how much impact not having the AT last year caused. The ripples of which still echo throughout New Eden.

I do run a PvP focused Alliance and I do hang out with a lot of fellow PvPers in-game. So I've seen first hand the impact that initial announcement had, not only on our numbers, but the numbers of those in that specific community. A lot of the best and brightest stopped playing Eve. Some forever. Some temporarily. But either way, they aren't in the game anymore.

Why should you care?

The more important question here is why should Eve cater to the veteran players at all? Since it was primarily veterans that decided to step away from the game? We're focused on new players these days, CCP needs more new players to keep the wheels turning. We should be focused on them. And I don't fundamentally disagree, new players are great and I think we need more as well. The NPE has sucked for years and any improvements are more than welcome. But we can have more than one focus, more than one track. Why bring more new players to Eve at the expense of more veteran players? That's just bad business.

I was a new player once. It took me two years of playing Eve before I started writing this blog. It took time for me to develop into the content creation juggernaut that I've become. That's normal for new players. It takes time. Veteran players on the other hand, have already put that time in. They are committed, dedicated, and constantly looking for more content. In fact I would argue that most of them are driving content. And, as CCP well knows, content drivers are the single most important asset in all of New Eden.

As CCP is constantly reminding us, Eve is a player driven game. If so no one drives the game more than veteran players. We run the Alliances, the Corporations, the services, the engines, that drive the game forward. There is no argument to be made against those statements, they are true.

When was the last major conflict in New Eden?

I recently went and watched a bunch of matches from the last AT. And while this is not a scientific survey, I discovered that about 40% of the players in those matches did not record significant activity on zKill in 2019. Almost half seem to have gone to sleep. And while this is completely unscientific I get the feeling if I wanted to pursue that further the trend would be the same. The matches I watched were some of the most active and historical Alliances in New Eden. The trend might even get worse once you move into the younger Alliances.

The AT brings Alliances together in ways you may not understand if you've never participated. We practice together for months and months, often spending hours together on comms, planning doctrines, building ships and mods, transporting items, developing strategy and tactics, coming together in ways that normal, everyday, Eve doesn't always afford. Not to mention the aspirational nature of the AT for our younger players.

I strongly believe the Alliance Tournament should be the showcase event of every year. Players are more than willing to take on the challenge, not only of playing, but of broadcasting, producing, and bringing the AT to an audience. We just need CCP to give us the tools we need to make it happen.

Eve Online is a better place with the Alliance Tournament.

And it is a much lonelier place without it.