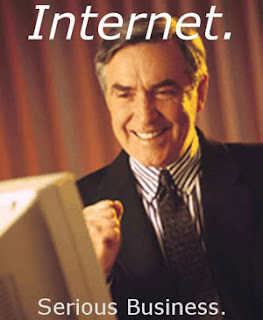 Part One is here.

So we've decided that it is pretty obvious that a certain percentage of Eve's player base is made up of emotionally insecure people that thrive in a consequence limited virtual universe. The exact percentage can never be known for certain, especially given the fact that the negative side of this equation tends to be rather vocal and out-spoken.

So what does that mean? In a real world context, does it have any value to know this information about a certain segment of your subscriber base?

These are good questions. As my Mother would say, "You can't throw the baby out with the bath water." Or in other words, you have to take the good with the bad. It is impossible to separate the negative aspects of this psychological sub-group without also getting rid of the positive. Ah, but you say, what positive?

It has long been argued that the very nature of humanity is built upon a very strange foundation. That aggression, violence and - for lack of a better word - evil go hand-in-hand with creativity, innovation and motivation. That to remove the darker aspects of our beings would also kill the lighter sides as well. Could we live in a world without art, music, or innovative thinking? And while this fundamental issue has been the subject of countless science-fiction stories, it does harbor some basic truths that apply here. There are two sides to every coin.

As long as CCP maintains some controls, EULA, Bans, etc., the actual threat from the dark side is minimized and controlled. An open society, such as Eve, desperately needs to remain an open society to flourish. We need our black sheep, just as much as they need us. It is a symbiotic relationship in which we all play our part. And ultimately, Eve itself is made stronger because of it.

In the end, each of us as players in the meta-game of Eve, the community at large, the forum, reddit, blogging, twitter, and anywhere else we elect to play are reminded that we have elected to play. We choose this path, it wasn't chosen for us. This isn't real life, this is an opt-in life. And we can, easily and effectively, chose to opt-out.

My ex-wife's Father was a news junkie. The news was on television or radio 24/7, I joke not, he would often fall asleep with it on. This constant bombardment of negativity seriously affected his world-view. Everything was going to ruin, conspiracies ran rampant and his entire outlook was negative. Exposure to negativity breeds negativity. Bad begat bad. This is why I rarely read the public forums or engage in them. They bring me down. And ultimately reading them affects my enjoyment of Eve not one single iota. I prefer to read the Corporation forums, to engage my community here and on Twitter, to hang out with generally positive people.

But I know the negative side. I have friends in real life that fall into that category, I've flown with them in-game, I've enjoyed my time with them ( as limited as it usually turns out to be ) and I honestly wouldn't enjoy Eve as much if they were gone.

Batman needs the Joker, otherwise he is just a creepy rich man hiding in a cave wearing a silly costume.