Rifter Vs Merlin Vs Incursus 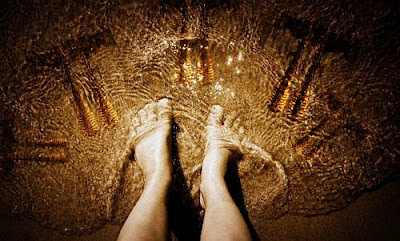 During the last month I've flown more Frigates than at any other time I've been in Eve. I haven't been flying them exclusively, but they have been the dominate ship I've chosen to go hunting with. Since the changes the Frigate class has been mixed up, turned around and generally messed with. The biggest change coming from the new ASB "shield booster" mid-slot mods that have radically altered our opinion regarding the Frigate class.

First of all, there are two basic tactics when it comes to Frigate combat, brawl and kite. Or Low and Hi, close and far, whatever you like to call them. Up close and personal or from a distance. Each Frigate can be fit for either category, but some excel at one and not so much at others. Within each basic fit there are variations, implants and links to consider. Faction web versus regular web, things like that can alter much of what we are considering. But for the sake of clarity and my own sanity, I'll be sticking to the basics.

There are two basic fits when it comes to the Rifter. The Brawl fit is usually armor based around a armor rep in the lows, usually with ACs fit in the highs. A variation allows for Arties in the highs and brings it into the Kiting class. The other basic fit is shield based around a more speedy tank and hits from longer range. Not technically a "kiting" fit, unless you are using Arties instead of ACs.

I'll leave it to others to argue the technical merits of each fit. That's not what I do. I fly ships against other ships until they explode. And I can tell you this, the Rifter is still a great choice when it comes to flying a Frigate. But it is no longer the only choice when it comes to flying a Frigate. If you are up against a decent pilot in either the Merlin or Incursus, your Rifter will most likely explode. Just like everything in Eve, take that statement with a grain of salt. There are so many variations to that it isn't even funny.

The other day I didn't have a full load of charges in my Merlin's ASB and died to a Rifter I should've killed.  The other day a shield fitted Rifter escaped death from my Merlin by easing out of point range, cause he was slightly faster than me. Eve is not hard and fast rules, when you start flying you'll begin to understand.

There really is only one fit of note when it comes to the Incursus and that is the dual-rep armor fit with blasters in the highs. This makes it a superb brawler, but weaker against ships that fight from a distance. The dual-rep Incursus is a beast when it comes to Frigates and can be a bugger to bring down in a fight. I've lost both Rifters and Merlins to well-flown Incursus, but I've also killed them with the same ships.

You'll also see some rail-kiting Incursus fits out in space, but generally speaking there are better ships for that role. The Incursus is tough, but he has a limited ability to keep the reps going and can be outlasted if you are careful and manage your ship correctly.

I hadn't flown a Merlin since it was the only frigate I could fly. But it is one of my favorite Frigates now. The Merlin, fitted with ASB, is a beast. In both brawl and kiting configurations the ship performs wonderfully and can potentially kill a wider variety of enemy ships than either of the other two frigates listed here.

But, a word of warning before you go off thinking the Merlin is the new OP. There are serious drawbacks. Speed being the biggest issue, the ship is relatively slow. Just yesterday I lost two kills because of the speed issue with my Merlin, the other ship slipping out of point range and warping away. And since so many targets are ratting in FW complex's these days, you'll rarely have the speed to catch one.

Merlins are great for once, but they are not the end all when it comes to Frigates.


Right now that honor falls to the Daredevil. More on that ship next time.